The almost two-year long lull in the insurgency-hit ethnic cauldron of Dima Hasao (erstwhile North Cachar) hill district of Assam has been vitiated once again even as the government is trying to restore peace in the area through dialogue with faction of militant Dima Halam Daogah.

At least 19 houses belonging to dominant Dimasa community were razed in two villages of the district by armed miscreants who also shot dead a 99-year-old man.

Police sources informed that a group of about 30 armed miscreants with their faces covered with black cloth swooped down on remote Gaijen villages of Dimasa community located about 30 kilometres away from the district headquarter town at Haflong and set fire to 16 houses out of the total 36 houses in the village.

The armed men also opened indiscriminate fire before setting fire to houses. A 99-year-old man, Thaishring Daulagupu, was killed in the firing, while three others including a woman were injured. The fire gutted some granaries in the villages. The same armed group while returning set fire to three more huts in a nearby village Ziri.

Meanwhile, a newly-formed insurgent group called Hill Tiger Force has claimed responsibility for the dastardly attack on innocent villagers. The HTF, which is a militant group comprising cadres from non-Dimasa tribes, is opposed to the renaming of erstwhile North Cachar Hill district to Dima Hasao ( Dimasa Homeland) district as it is known now.

The outfit also opposed to the proposed formation of a Dima Hasao Territorial Council, as is being discussed by the government India with DHD miltant groups  DHD (N) and DHD (Jewel Garlosa) --in truce.

Meanwhile, police have apprehended six persons from a nearby village called Kempai after receiving a tip off from villagers from Gaijen who identified some persons from Kempai villages who were showing the way to armed miscreants.

The uneasy peace in the troubled but picturesque hill district was in peril since Thursday in the wake of the killing of the leader of a faction of the militant Dima Halam Daogah near Haflong by suspected assailants of the HTF.

James Dimasa, leaders of the DHD (James) faction was shot dead from close range by assailants while he was coming out of his residence driving his SUV on Thursday evening.

The incident occurred the day government of India was holding dialogue with another DHD faction led by Dilip Nusina (DHD-N) in New Delhi to find a solution to the vexed insurgency problem in the hill district where guns have remained silent of late after mass surrender DHD (Jewel Garlosa) faction in October 2009.

James Dimasa was a senior leader of DHD (Jewel) but he abstained from surrendering along with other cadres of the outfit led by commander in chief Niranjan Hojai and floated DHD (James). Though James did not formally lay down weapons, he was in touch with Assam police and holding fire because of some sort of understanding. He was even provided PSO by the government for his protection.

His killings has once against brought to the fore the complicated and fraction-ridded insurgency problem in the hill district whose immense tourism potential and development process have suffered irreversibly because of continuing militancy.
K Anurag in Guwahati
Related News: DHD, James Dimasa, Dima Hasao, Hill Tiger Force, Dima Halam Daogah
SHARE THIS STORY
Print this article 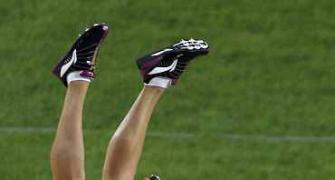 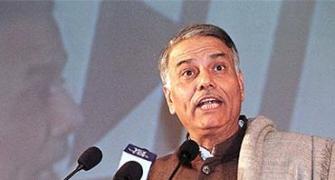 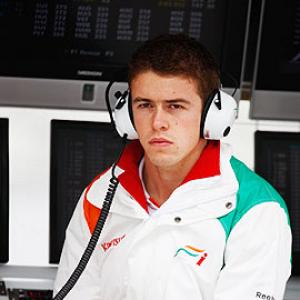 Resta bags one point for Force India from Korean GP