Insult to the people: Cong on EU MPs in Kashmir

The Congress on Tuesday stepped up its attack on the Bharatiya Janata Party government for allowing European Union MPs to visit Kashmir while denying permission to Indian parliamentarians, and termed it a "national embarrassment". 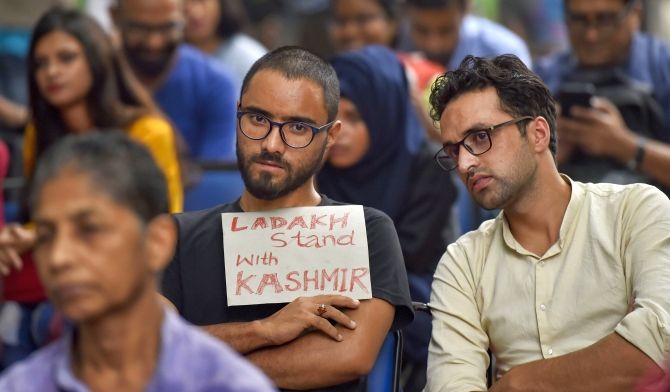 IMAGE: Activists, artists and students during the Stand with Kashmir protest at Jantar-Mantar in New Delhi. Photograph: Ravi Choudhary/PTI Photo

Congress general secretary Priyanka Gandhi Vadra said the BJP's nationalism is strange, allowing European MPs to visit and interfere in Kashmir while Indian MPs are sent back from the airport.

"EU MPs representing parties and ideologies in direct conflict with the mainstream. Diplomatic disaster which ended up internationalising what is essentially our internal issue. National embarrassment. Those responsible should be held accountable," Sharma said in a series of tweets.

A 23-member delegation of European Union parliamentarians reached Kashmir on Tuesday for a first-hand assessment of the situation after the state's special status was revoked in August.

"European MPs allowed to visit and interfere in Kashmir, but when Indian MPs and leaders go there they are sent back from the airport. This kind of nationalism is very strange," Priyanka Gandhi said in a tweet in Hindi.

Another Congress general secretary, Ghulam Nabi Azad, said while he did not have any objection to parliamentarians of EU visiting Kashmir, he is opposed to the government not allowing Indian MPs to visit the state. 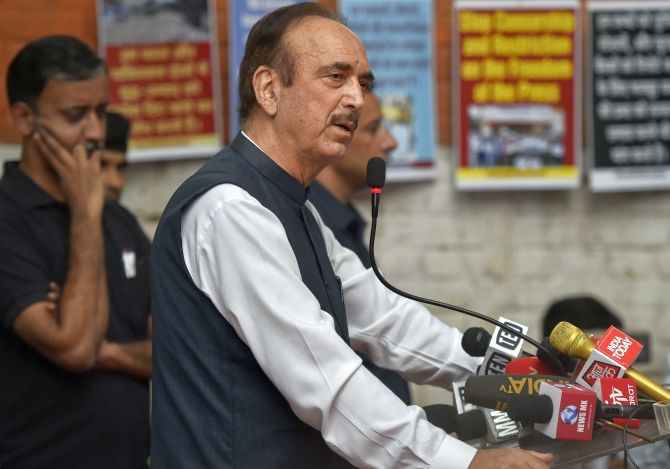 "When I tried to visit Srinagar a week after the scrapping of Article 370, I had to wait for five hours at the Srinagar airport and return to Delhi. After this, I also tried to go to Jammu, but was again stopped at the Jammu airport," he said.

Azad said under the leadership of Congress leader Rahul Gandhi, a delegation of Opposition leaders tried to go to Srinagar, but it also had to return after waiting for four hours at the airport.

"I finally went to the Jammu & Kashmir with the permission of Supreme Court. People were afraid of talking to me. Three former chief ministers were kept in cage and the fourth chief minister (Ghulam Nabi Azad) was kept in Delhi. But, parliamentarians of European Union were allowed to go to the state.

"Leaders and Indian MPs are not allowed to visit the state, but they are taking MP of EU to the state. This is a conducted tour. It is like when we go abroad, we are guided during the conducted tour," he said.

The former J&K chief minister said 85 per cent of telephones are not working in the state and there is no Internet or WhatsApp, even as schools are closed.

Criticising the BJP government for allowing the EU MPs to visit Kashmir and turning back Indian leaders and parliamentarians, the Congress has said it is an insult to the sovereignty of Parliament and to India's democracy.

The 23 EU MPs are the first high-level foreign visitors to Kashmir after the August 5 decision of the Centre to revoke Jammu and Kashmir's special status under Article 370 and divide the state into the union territories of Jammu and Kashmir, and Ladakh. 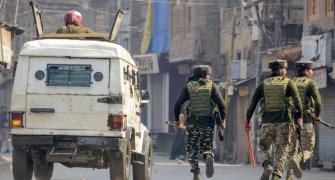 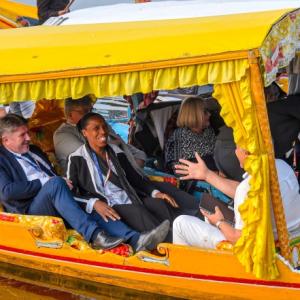 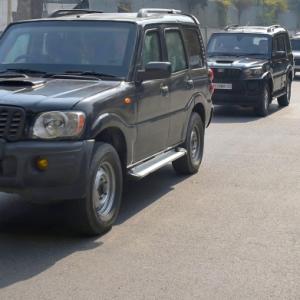