Army has foiled an attack by Pakistan's Border Action Team on a forward post along the Line of Control in Keran sector of Jammu and Kashmir, killing at least five to seven intruders, according to a defence spokesman.

The BAT generally comprises special forces personnel of the Pakistani Army and terrorists.

"A BAT attempt was made on one of the forward posts in Keran sector (in Kupwara district) and foiled by alert troops resulting in neutralising of five to seven Pak regulars/terrorists," defence spokesman Col Rajesh Kalia said.

He said Pakistan has made a number of attempts in the last 36 hours to disturb peace in the Valley and to target Amarnath Yatra.

The defence spokesperson said four hardcore Jaish-e-Mohammad terrorists were neutralised in two operations in which a cache of sniper rifle, IED and mine with Pakistan markings were recovered.

"This clearly indicates complicity of Pakistan in terror activities. Security forces will continue to respond to all nefarious activities along the LoC and hinterland," he said.

Source: PTI© Copyright 2020 PTI. All rights reserved. Republication or redistribution of PTI content, including by framing or similar means, is expressly prohibited without the prior written consent.
Related News: Border Action Team, Pakistani Army, Pakistan, IED, Line of Control
SHARE THIS STORY
Print this article
Kashmir: Pakistan is the problem not the solution. 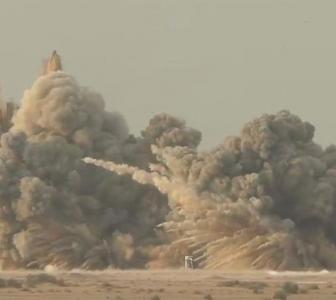