Over 1.67 crore COVID-19 vaccine doses are still available with states and Union Territories, the Centre said on Tuesday, underlining that the problem is not of vaccine shortage but of better planning. 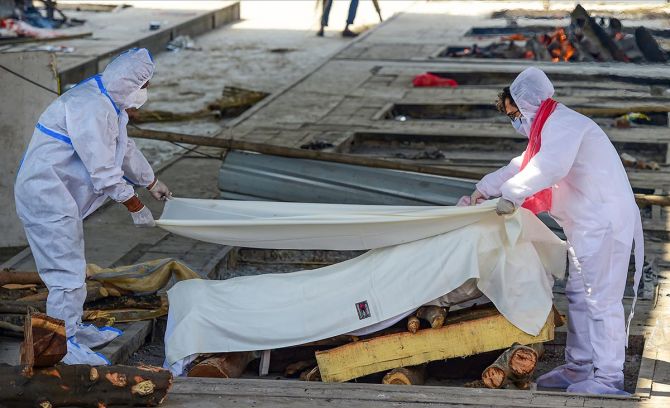 Addressing a press conference, Union Health Secretary Rajesh Bhushan said so far states and UTs have received 13,10,90,370 vaccine doses, out of which the total consumption, including wastage, has been 11,43,69,677.

"This clearly shows that the problem is of lack of better planning, not of vaccine doses shortage. We have made available vaccine doses to states and UTs from time to time and as we told you earlier that to bigger states we give supply of four days at once and on fourth and fifth day we replenish the supply. For smaller states, at once we supply 7-8 days vaccine doses and on seventh or eighth day their supply is replenished," he added.

Bhushan said each state government needs to ascertain at cold chain points how many unutilised doses are lying and if necessary then from one cold chain point to nother the doses have to be reappropriated based on the consumption patterns.

"In any state, the case might be that in one district more consumption is taking place while in another there is less consumption. Our request to state governments to ascertain where the doses can be reappropriated from," he added.

Bhushan also said Kerala has zero wastage of vaccine doses while on the other hand there are states which are registering 8-9 per cent wastage.

Giving details of coronavirus situation in the country, Bhushan said the previous highest surge has already been crossed and the trend is going upward and that is a cause for worry and that is something they continuously share with the states and UTs and try to help them tackle the pandemic in a more effective manner.

"The previous highest surge was 94,372 daily cases in September which is now 1,61,736 every day. There are 53 central teams which are camping in 53 districts of the country which are showing a surge in cases and these central teams are helping the district administration as well the state administration, particularly health department and revenue officials, in tackling the pandemic," he added.

The daily deaths are also showing an increasing trend. But the previous surge was 1,104 and it is presently 879 deaths.

He said Maharashtra, Uttar Pradesh, Delhi, Haryana and Gujarat are among states of concern.

NITI Aayog member (Health) V K Paul said a serious situation is emerging. While the situation is worse in some states it is a countrywide problem and there has to be continued focus on test, track, trace and treat strategy and following COVID appropriate behaviour as well as embracing the vaccine, he said.

"Everyone should wear a mask," he said.

Amid reports of shortage of Remdesivir, he said the drug is to be given only to hospitalised, serious patients and those on oxygen support, and there is no question of its use in home setting and it is not to be procured from chemist shops.

"As shortage of Remdesivir was reported in some areas, its export was banned. This medicine is now available in plenty. We appeal to physicians to do rational, judicious use of Remdesivir in hospitalised patients," he said. 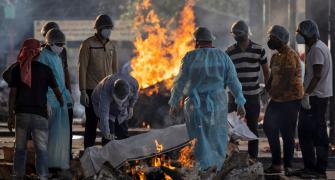 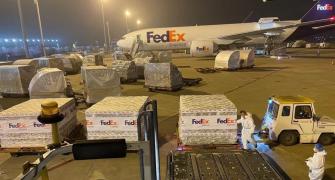 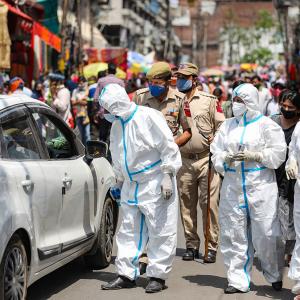