Descendants of the country's first President Rajendra Prasad are losing hope of bringing his 18K pink gold Rolex Oyester watch, that is being auctioned by Sotheby's in Switzerland.

"We, the grandchildren of Rajendra Prasad, are extremely shocked to learn that the pink gold Rolex watch with a map of India on it and inscribed with it the date of our becoming a republic is being auctioned by Sotheby's Geneva," Tara Sinha, granddaughter of Rajendra Prasad said in a letter to Prime Minister Manmohan Singh.

"It is not an ordinary watch, but a gift to the first President on the Republic Day .It is part of our national heritage," she said.

Sinha, who lives in Patna, told rediff.com, "We urge the people and the government to intervene and bring it back to the country."

She said that the Central government should take the issue under the United Nations Educational, Scientific and Cultural Organisation charter on Prohibition and Prevention of Illicit Import, Export and Transfer of  Ownership of Cultural Property.

She also admitted that she failed to understand how his wrist watch reached Geneva.

He also demanded a probe into how the wrist watch reached Geneva after being stolen from Sadaqat Ashram in Patna in 1964.

According to reports , the watch has a map of India and the date 26 January, 1950, imprinted on it and was probably gifted to him on the country's first Republic Day celebrations.

Prasad was born in 1884 at Zeradei in Bihar's Siwan district. After serving for 12 years as India's first president -- from 1950 to 1962 -- he retired and was subsequently awarded the Bharat Ratna, the nation's highest civilian honour.

He spent the last days of his life at the Sadaqat Ashram in Patna. Prasad died in 1963.
M I Khan in Patna
Related News: Rajendra Prasad, Sotheby, Rolex Oyester, Sadaqat Ashram, UNESCO
SHARE THIS STORY
Print this article 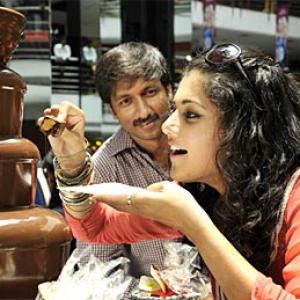 View: The Ayatollah in waiting