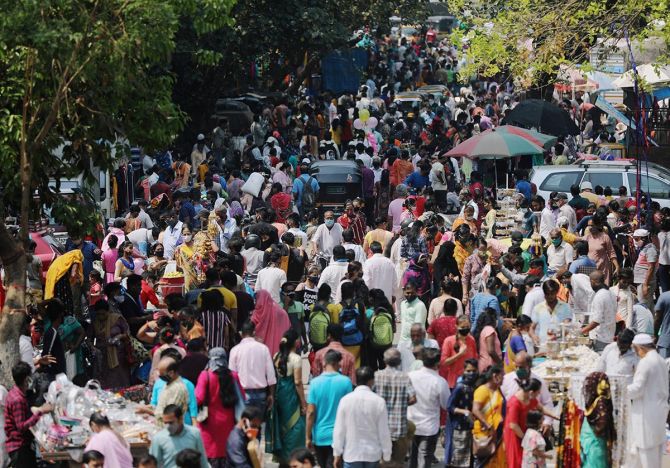 IMAGE: People are seen at a crowded market amidst the spread of the coronavirus in Mumbai. Photograph: Francis Mascarenhas/Reuters

Active cases account for 0.59 per cent of the total cases, the lowest since March last year.

Over 97.23 crore Covid vaccine doses have been administered in the country till now under the nationwide vaccination drive.

The 166 fatalities recorded in a day include 67 from Kerala and 29 from Maharashtra. 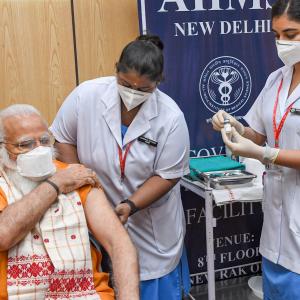