Source: PTI
April 18, 2011 11:36 IST
The Somali pirates' attempts to bargain with the Indian government to swap seven Indian hostages for their men imprisoned in Indian jails points to the absence of a specific law to deal with pirates and maritime hostages, say experts.

"This is a maritime hostage case, a first of its kind, trying to swap hostages for prisoners, since until now cases were either in the aviation sector like IC-814 case or within the country like in the case of Rubaiya Sayeed, daughter of Peoples Democratic Party leader Mufti Mohammad Sayeed, or those involving Maoists", Dr Vijay Sakhuja, director of the Delhi-based Indian Council of World Affairs, said.

Tanker M T Asphalt Venture with a crew, including 15 Indians was hijacked en route Durban, South Africa from Mombasa, Kenya by Somali pirates on September 28 last year. After a heavy ransom was paid, they released the tanker last Friday and only eight Indian crew on April 16. However, a media report had quoted a pirate as saying the seven had been held back to protest the capture of over 100 Somali pirates by the Indian Navy.

This year alone, the navy captured 15 and 61 Somalian pirates on January 29 and March 14 respectively. "Sea piracy has been confined to history and the silver screen alone until recently," said Sakhuja. He said the commonly used admiralty law or maritime law in piracy cases was formed in 'medieval times'.

Though the United Nations Convention on Law of the Sea signed in 1982 throws light on the problem, prosecution of captured pirates becomes an issue, Sakhuja said.

The hijacking of Japanese ship MV Alondra Rainbow in 1999 was the first sea piracy case tried by an Indian court. The Coast Guard captured 14 Indonesian pirates who spoke only a Malaysian dialect and the court had difficulty in trying them. After four years of trial, they were sentenced to between six months to seven years imprisonment, which they had partly completed during the trial.

In modern times, shipping has become very complex, since the source, destination, ownership, crew and cargo are mostly from different countries. The law at use in case of any piracy is the law of the flag that the ship flies. "Usually, the crew has a deal with the ship ownership. It is the ownership that is supposed to help the crew get back home safely in case of a pirate attack and hijacking," says M Raji of Chennai-based Seafarers' Club.

Ship owners mostly ensure safety. But this time (with the pirates holding Indians back), its different, Raji said.

Though experts and sailors accept that paying ransom is the usual practice, governments tend to sweep the issue under the carpet and highlight only the successful release of hostages, Raji said. Even if captured, prosecuting the accused is a very complex issue. "The navy or Coast Guard can only capture them but cannot prosecute them. So they hand them over to police. The police have to start the legal procedure and need to visit the site of the crime," said Sakhuja.

"We need to have a proper law of hostages in place for dealing with cases like this in future. Usually, dealing with country's political head is sought, but in the case of Somalian pirates, it's not possible, since the country does not have a stable political government," he added.

India's noticeable stand on the piracy issue is attested by its initiative in successfully passing the United Nations Security Council's anti-piracy resolution on April 11. The defence ministry's 2010-11 report also terms the piracy issue a "major problem" and calls for "strengthening multilateral cooperation under a UN framework to meet the complex challenges of maritime security."

Over 70 per cent of India's import and export are made through sea routes, say experts. Notwithstanding increasing number of navies of various countries like the United States, India, South Korea, Malaysia and Japan in special deployment in piracy-prone areas, the piracy graph is on the rise.

Since January 2011 alone, there have been 142 attacks by pirates, in which 18 vessels were hijacked, 344 crew members held as hostage, seven killed and 34 wounded, says Kuala Lumpur-based International Maritime Bureau in a recent report. "Figures for piracy and armed robbery at sea in the past three months are higher than we have ever recorded in the first quarter of any past year," said IMB's director P Mukundan in a release.

Until March 31, the Somali pirates were still holding 28 ships and 596 crew as hostages. Over 15 countries, including Russia, are prosecuting captured pirates with its laws. Though Latin American waters are equally prone to piracy, economic transactions over the business through the Indian Ocean is higher and the pirates attack routes in the Indian Ocean more frequently, Sakhuja said.

India's initiative in passing the UNSC resolution on anti-piracy and pressing the navy and Coast Guard into action will not guard its vessels and crew completely unless it frames a piracy and hostage-specific law, he concluded. 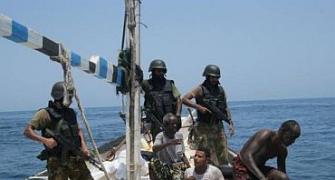 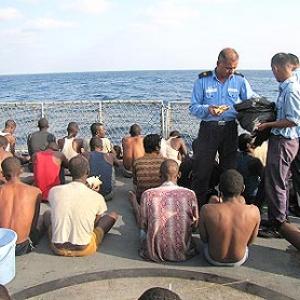 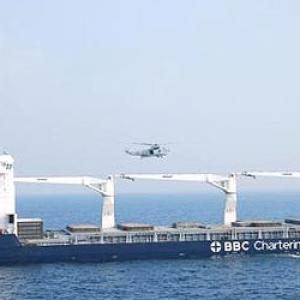