Indians in the US celebrate Independence Day with fervour 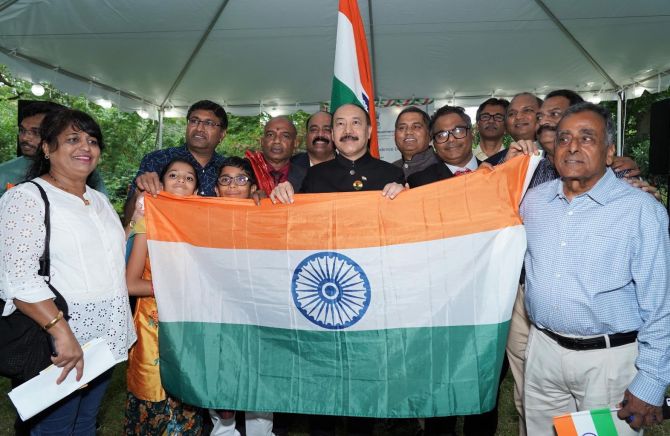 Members of the Indian community assembled in large numbers outside the Indian Embassy in Washington and Indian Consulates in New York, Houston, San Francisco and Chicago to celebrate India's 73rd Independence Day.

India's Ambassador to the US Harsh V Shringla on Thursday unfurled the tricolour and read out President Ram Nath Kovind's message while addressing a gathering of more than 500 Indian-Americans.

Joined by a popular local band, members of the Indian community were seen dancing to the tune of patriotic songs on the road in front of the embassy as they chanted slogans like 'Bharat Mata Ki Jai' and 'Vande Mataram'.

A pictorial exhibition on Mahatma Gandhi in the park in front of the Indian Embassy drew a large number of crowd.

In Houston, Consul General Anupam Ray unfurled the national flag as hundreds of Indian-Americans gathered at the Consulate General to take part in the celebrations.

"Every citizen is feeling upbeat today and this year's Independence Day is special. The Prime Minister deserves appreciation from every Indian and every Indian living abroad as the country was one with one flag and one constitution," said an Indian-American present at the event, expressing happiness at the revocation of special status of Jammu and Kashmir. 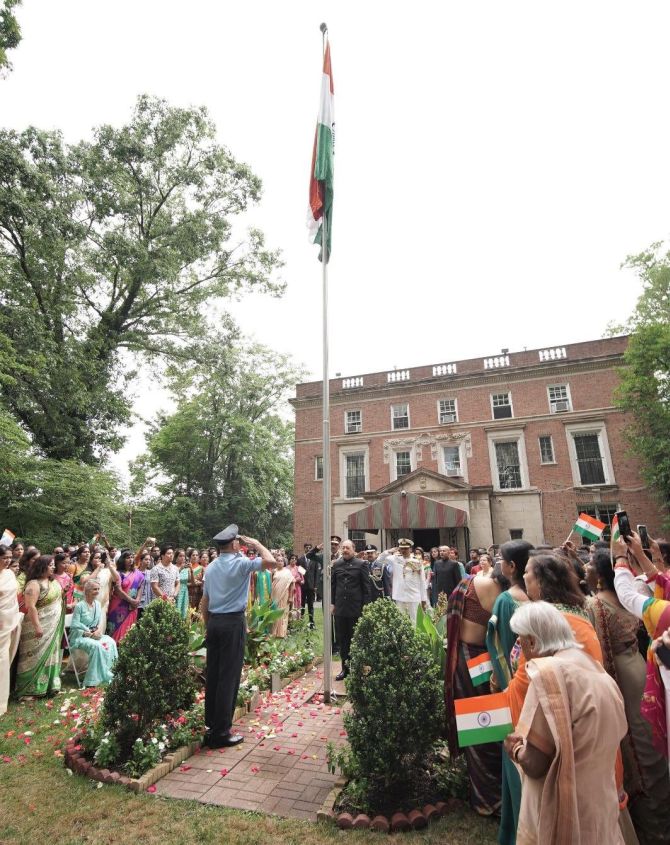 Addressing the members of the Indian diaspora, Ray congratulated them for their contributions towards bringing the two countries even more closer strategically.

Ray welcomed Congresswoman Lee and described her as a link to the tradition that brought together Mahatma Gandhi and Martin Luther King.

Addressing the audience, Lee talked about the unity she saw in the gathering and how everyone is connected by their love for India.

She noted that Houston is standing tall because of the enormity of the service by the Indo-American community.

Indians in Houston also attended another celebration at the India House. 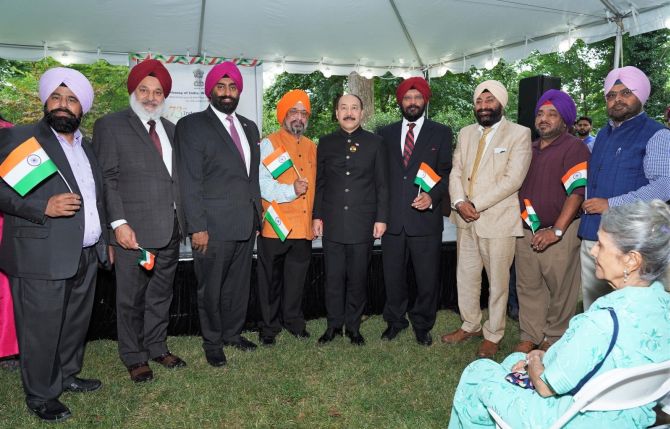 Several other festivities to commemorate India's independence day are scheduled throughout the week. One of them being on August 18 organised by the India Cultural Center (ICC).

"By celebrating India's Independence Day in America, we are celebrating the success of the democratic institutions of the USA and India, the oldest democracy and largest democracy respectively," Nishani Mirani, president of ICC, said.

The Indian-American community also gathered in New York, San Francisco and Chicago to celebrate the day.

However, a small group of anti-India protesters, including Kashmiri separatists and officials from the local chapter of the Pakistan Tehreek-e-Insaf (PTI), gathered outside the Indian Embassy but were outnumbered by the large gathering celebrating the Independence Day.

"The small turn out of these anti-India elements despite a massive campaign by them reflects that they have little support in their community," a diplomat said.

IMAGES: India's Ambassador to the US Harsh Shringla unfurls the National Flag and participated in the celebrations to mark the 73rd Independence Day at the India House in Washington, DC. Shringla also read out the President's message and addressed a gathering of more than 500 members of the Indian-American community. Photographs: Courtesy @IndianEmbassyUS/Twitter
Lalit K Jha/Seema Hakhu Kachru in Washington/Houston
Source: PTI© Copyright 2020 PTI. All rights reserved. Republication or redistribution of PTI content, including by framing or similar means, is expressly prohibited without the prior written consent.
SHARE THIS STORY
Print this article 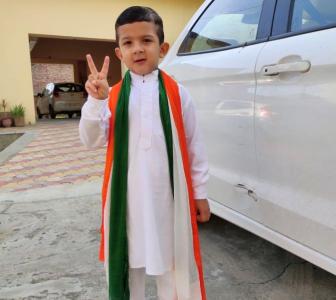 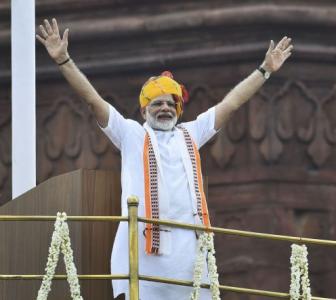 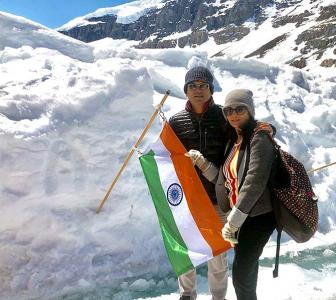 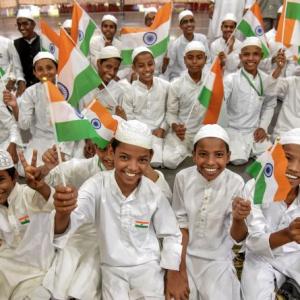 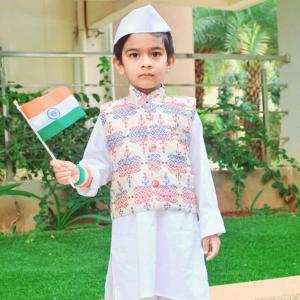