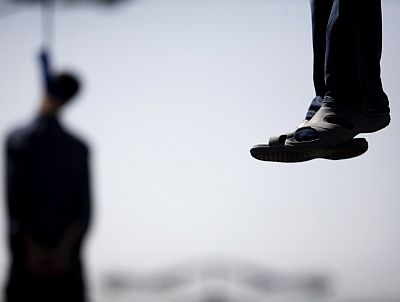 At least 15 suicides took place every hour in the country during last year, which saw over 1.31 lakh people ending their lives, with government data also noting that Maharashtra saw the highest number of such cases while Chennai heads the list among cities.

Data released by the National Crime Records Bureau also said that as many as 69.7 per cent of those who committed suicide had an annual income of less than Rs 1 lakh while one out of every six persons who took the extreme step last year was a housewife.

The rate of suicide in cities was marginally higher at 12.8 per cent as compared to the all-India suicide rate of 10.6 per cent, the report added.

It said that 'family problems' (other than that linked to marriage) contributed to 21.7 per cent of the suicides while illness related-issues were behind suicides in 18 per cent of the total cases reported last year.

Data also shows that one out of every six suicide cases was a housewife and the overall male-to-female ratio for suicides during the 2014 was 68:32.

The highest cases of suicide, 19.7 per cent, was seen among the self-employed with housewives accounting for 15.3 per cent of the total, daily wagers 12 per cent, salaried persons 7.4 per cent, students 6.1 per cent and retired people 0.7 per cent.

Talking about patterns, 41.8 per cent people committed suicide by hanging, 26 per cent by taking poison, 6.9 per cent by self-immolation, 5.6 per cent by drowning themselves and 1.1 per cent by jumping off buildings or in front of trains.

Also, 14.3 per cent persons who committed suicide lat year were illiterate with another 11 per cent being intermediate pass-outs, the report added.