Indian troops at LAC get clothes for extreme cold weather

Amid border tensions with China, the Indian Army has procured new extreme cold weather clothing from the United States and it is being provided to the troops deployed in eastern Ladakh to boost preparedness in the winter months. 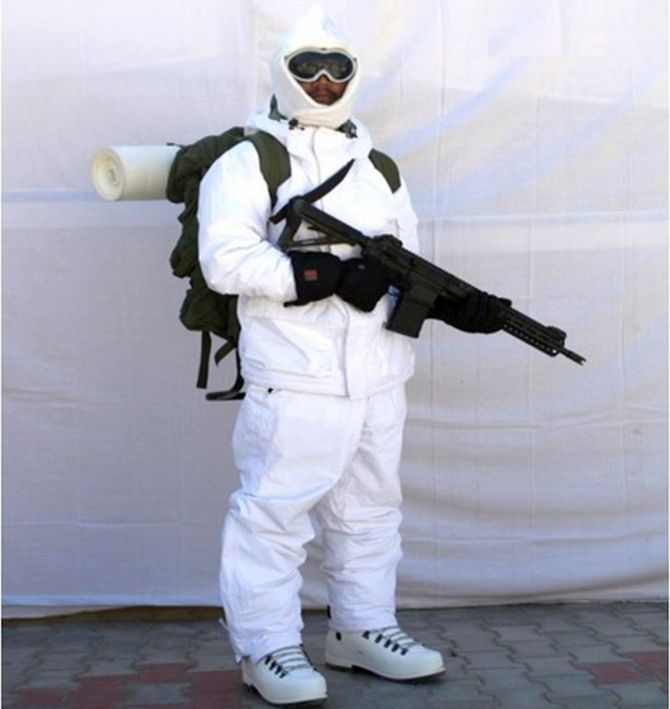 Along with the new clothing, some of the troops have also been provided with Sig Sauer assault rifles during their deployment along the China border.

Indian Army officials said that it is providing new habitats and clothing to soldiers to help beat winters during present deployment in Eastern Ladakh along the China border.

"An initial lot of extreme cold-weather clothing from the American defence forces have been received and are being used by our troops there," government sources said.

The sources said that the Indian Army maintains a stock of 60,000 of these extreme cold weather clothing sets for troops deployed in entire Ladakh including both western fronts in Siachen and Eastern Ladakh sector.

This year, there was an additional requirement of around 30,000 of these sets as close to 90,000 troops are deployed in the region in view of aggression by the People's Liberation Army along the LAC.

The new batch of Sig Sauer assault rifles is being given to the soldiers deployed on the front with China in eastern Ladakh.

The Defence Acquisition Council had earlier approved the acquisition of the second batch of around 72,500 Sig Sauer assault rifles from America under fast track procedures for the army.

The first lot of these assault rifles was provided to the troops deployed in the counter-terrorist operations in Jammu and Kashmir.

The Indian side has deployed two additional divisions on the LAC that have been brought to the sector from plains and a mountain division which has been training for high-altitude operations for many years now.