Indian students from US write to Pranab against Assam violence 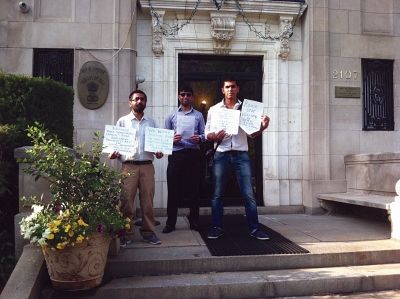 Several Assamese-origin students studying in American universities met with Indian embassy officials to deliver a letter to President Pranab Mukherjee on the killing of over 32 Muslims in Assam as a result of election-related violence there. Aziz Haniffa reports

The students were led by Mustafa Barbhuiya, a post-doctoral student in biotechnology at the Johns Hopkins University, Baltimore, Maryland.

Although their efforts to meet Ambassador Subrahmanyam Jaishankar or the ministers of community and political affairs at the embassy proved futile, the students handed over their letter to embassy officials who assured them that it would be given to the ambassador.

“We are a group of non-resident Indians in America, and many are of Assamese origin. And keeping in mind the urgency of situations around our native place, we visited the Indian embassy,” Barbhuiya told India Abroad.

In their memorandum, the students enumerated a laundry list of gross human rights violations and violence against Assamese Muslims, including women and children. They bemoaned that ‘a section of the (Indian) media and people with vested interests are trying to brand the victims of this  humanitarian crisis as illegal Bangladeshi immigrants. With full conviction, we state that all the victims of this sectarian violence are sons and daughters of the soil and Indian citizens.’

They exhorted the Pranab to address the issues where ‘the state government of Assam as well as the Bodoland Territorial Area Districts administration have both severely failed to protect the life and dignity of its citizens. There is a clear and present danger to the internal security in the BTAD area.’

The memorandum said, “Assam’s state government has failed to restore the law and order situation,”and urged to ‘impose President’s rule in the state under Article 356 of the Indian constitution and dissolve the BTC (Bodoland Territorial Council) with immediate effect.’

They also urged ‘appropriate steps to arrest the culprits involved in the killings and other crimes and to seize all illegal arms from the BTAD area.’

The students said, “Many of us living in foreign lands have families in Assam. The media reports and calls of our near and dear ones from home have been troubling us and we submit before your highest authority to direct affirmative actions.”

Barbhuiya told India Abroad, “The violence is not just against Assamese Muslims, but against Bengali speaking Muslims who have lived in Assam since 1905. They are being labelled as ‘Bangladeshis’ on the basis of the language they speak.”

Meanwhile, the Association of Indian Muslims in the US also sent a letter to President Mukherjee, saying, “It is with deep anguish and alarm that many non-resident Indians, who live in North America, have learned of the gruesome violence perpetrated May 1 and May 2, by some sectarian elements.”

The memorandum added, “It is very regrettable that being fully aware of the election eve tension between the local Bodo Hindu community and the Muslim community, the government of Assam did not take effective steps to prevent the gruesome violence on the unarmed Muslim civilians.”

The letter, signed by the AIM’s Executive Director Kaleem Kawaja said, “We, a non-governmental organisation of non-resident Indian Muslims who live in North America appeal to you to instruct the government of Assam to station adequate number of military personnel in the districts for as long as it is necessary, build permanent strong police precincts in the affected and vulnerable areas to ensure that peace is fully restored in the area and the Muslim citizens can lead their lives peacefully.”

The AIM also urged, “The government should provide adequate monetary relief to the families of the victims who have lost their lives and to rebuild the houses that have been destroyed in the sectarian violence.” 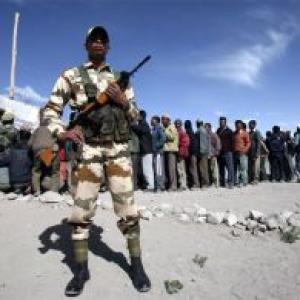 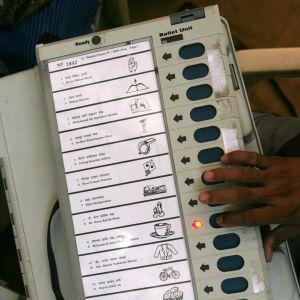