The owners of the prestigious Rajput Indian restaurant in Harrogate have been found guilty of a conspiracy to traffic their own chefs from India into the UK and exploit them for financial gain.

Chef Shahnawaz Ali Khan, once lauded in press reviews for his skills, his brother Raza Ali Khan and their mother Parveen Khan were found guilty of trafficking up to nine members of staff, following a three month trial at Leeds Crown Court.

The case began after three of the workers came forward reporting that they had been exploited and asking for help. This led to an investigation, Operation Keepnet. The investigations revealed a catalogue of exploitation of workers at the Rajput restaurant dating back to 2004.The three convicted were all found to be complicit in the business's day-to-day running and therefore involvement with trafficking their workers.

Brothers Shahnawaz Ali and Raza Ali Khan served as directors, Shahnawaz looked after the work permits and visas whilst Raza was in charge of pay.Their mother, Parveen was found to be closely involved in the running of the restaurant and assisted with obtaining work permits and documentation for their workers.

Following the operation officers from the UK Border Agency's immigration crime team uncovered a further three staff that had also been trafficked into the UK for exploitation bringing the total to nine. Many of the staff were previously working in prestigious restaurants in the Middle East, India and Pakistan, and had accepted offers to come and work legitimately at the Rajput, signing formal work contracts and obtaining work visas.

However, on arrival to the UK legally, they promptly had their passports taken from them by one of the defendants and then put them to work at the Rajput for up to 14 hours a day, seven days a week.

The nine staff, all from either Pakistan or India, claimed they were effectively barred from moving around freely, forced to share accommodation with other staff and transported to work by their employers so they could not abscond. In one incident an employee had their visa and photo ripped out of their passport. All received little or no money for their work.

Don Newlove, from the UK Border Agency said: "This was a very serious and unusual case involving the exploitation of vulnerable workers and is one of the first of its kind involving legal foreign nationals who have then been deliberately trafficked into the UK".

UK Border Agency's regional director Jeremy Oppenheim said: "The owners of the Rajput restaurant have been under the spotlight by the UK Border Agency for several years for a range of immigration offences and, in a separate incident, they were the target of a successful illegal working operation in December last year where three illegal workers were uncovered".

Of the nine victims who were exploited in this case, three have returned home and six have remained in the UK legally. Helen Gaunt, senior crown prosecutor, said: "Behind the conventional façade of a well-known Harrogate restaurant a litany of gross exploitation for the purpose of financial gain was discovered. We hope it is some small comfort to the victims that justice has now been served in this case, and that they can now go on to re-build their lives." 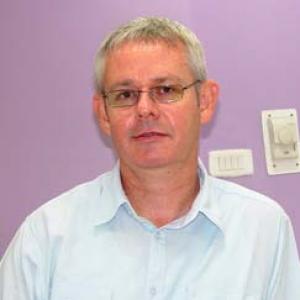