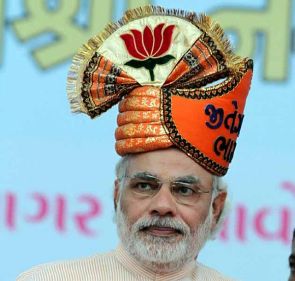 Indian Members of Parliament have written to President Barack Obama, urging the US Administration to maintain the current policy of denying visa to Gujarat Chief Minister Narendra Modi.

"We wish to respectfully urge you to maintain the current policy of denying Mr Modi a visa to the United States," 65 MPs belonging to 12 parties have said in identical letters to Obama.

One letter was signed by 25 Rajya Sabha members and the other by 40 Lok Sabha members vwritten on November 26 and December 5, 2102 respectively and re-faxed to the White House on Sunday.

Copies of the letters were provided by the Indian American Muslim Council as Rajnath Singh, reached Washington to meet US lawmakers, think tanks and US government officials during which he said he will urge the Americans to lift the ban on visa for Modi.

Mohammed Adeeb, Independent MP from Rajya Sabha, who took the initiative for this campaign, said they sent these letters to Obama again because of the current campaign and initiative being taken by Rajnath Singh for getting a US visa for Modi. The letters were being made public only now, he added.

Rajnath Singh told a press conference in New York on Sunday that he would appeal to the US lawmakers to impress on the Administration to remove the visa ban on Modi imposed after the 2202 post-Godhra riots.  The denial came on grounds of human rights violations in Gujarat with Modi as chief minister.

The signatories to the letters include Sitaram Yechury of CPM and M P Achuthan of CPI, both Rajya Sabha members.

When contacted Yechury expressed surprise saying he had not signed any such letter. It appeared to be a cut and paste job, he said. "I would be the last person to write to the US Administration and to do something like this. We don't want anyone to interfere in the internal affairs of the country. These are issues which will have to be settled in India politically," Yechury said.

Achuthan also denied writing such a letter. However, Adeeb insisted that Yechury and Achthan had signed the letter and was surprised why they were retracting now. "Given that legal cases against the culprits including many senior officials in Mr Modi's administration are still pending in the court of law, any revoking of the ban at this juncture would be seen as a dismissal of the issues concerning Mr Modi's role in the horrific massacres of 2002," the letter to Obama said.

The MPs alleged that Modi had not only "obstructed" the course of justice but also "failed" to provide rehabilitation to the survivors of whom 16,000 continue to live in refugee colonies lacking basic amenities. The letter to Obama about Modi's US visa, "is a stark reminder that Modi and the divisive ideology he represents continues to be anathema to a cross section of Indians," said Raja Swamy of the Coalition Against Genocide.

"After long having denied any desire on the part of Mr Modi to acquire a US visa, Mr Rajnath Singh's visit to the US, to lobby lawmakers for Modi's visa reeks of hypocrisy," he added.

Ahsan Khan of the IAMC, a constituent of the CAG coalition, said it was noteworthy that Modi evoked such strongly negative reactions from elected representatives in India as well as the US across the ideological spectrum.