In a candid overview of the state of the Left parties in India, Communist Party of India-Marxist general secretary Prakash Karat told a conference at the University of Cambridge that the Leftist forces in the country were still "banking on the concepts and theories of the 1940s".

In one of the key presentations at the 'Lessons of Empire' conference organised in memory of the noted Marxist historian Victor Kiernan, Karat admitted that Left parties were "deficient" in theory and needed to study and understand the new developments sweeping India. Calling himself the only 'non-scholar' among the speakers that included academic stars such as Eric Hobsbawm and Christopher Bayly, Karat recalled Kiernan's friendship with Indian Marxists such as P C Joshi and EMS Namboodiripad and recalled that he was always unrestrained in his criticism of some aspects of the Communist Party of India.

Recounting the genesis and history of India's Left, Karat recalled that Kiernan would often criticise the party leaders and cadre, some of whom he called the 'café going intellectuals,' for indulging in political gossip. A friend and supporter of the party, Kiernan, who lived in India from 1938 to 1946 and died in 2009, was nonetheless scathing in his criticism of the lack of awareness and focus on theory among the party leaders and cadre. Karat said: "We feel the acute need of theorising to understand the new developments in India. We need to study the big challenge posed by neo-liberal capitalism."

"It is leading to unequal development. Its focus of exploitation is similar to primitive forms of exploitation". This study and theorising was more important because the Left, he said, was the only force in Indian politics that had alternative policies. The Indian Left today, he added, was facing similar kind of challenges that it faced during the 1940s. The Indian Left, Karat said, was historically wrong in writing off the institution of caste. Karat presented a summary of the growth and continued prominence of the Left parties in Kerala politics, which, he said, had resulted in the state's above average performance in most social indicators. The Left parties has consistently polled 40 per cent of the vote and elections throw up alternately Congress or Left-led governments in the state. "Today the Left in India is confronted with three challenges: the growth of neo-liberal capitalism that is leading to widespread social inequalities; the continuing challenge to bring about agrarian transformation; and the fight against entrenched oppressive institutions such as caste," Karat said.

India's increasing proximity to the US, Karat said, prevented it from pursuing an independent policy in international relations, and added that this proximity was having an impact in domestic policies as well, including in the agricultural sector.

Karat, who edited a book in 2003 as a tribute to Kiernan, titled Across Time and Continents, recalled that the late Marxist historian was the first to translate the poetry of Faiz Ahmad Faiz and Mohammad Iqbal. Karat said preparations were on to celebrate the birth centenary of Faiz next year in India and Pakistan. Kiernan, who died in 2009, met Karat the last time in 2008. Recalling the meeting, Karat said Kiernan was concerned about the rise of communal forces in India and the 'great impact' they had on Indian politics. He was concerned how India would deal with the challenge, he said. 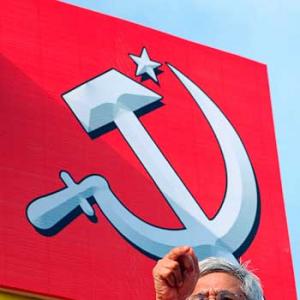