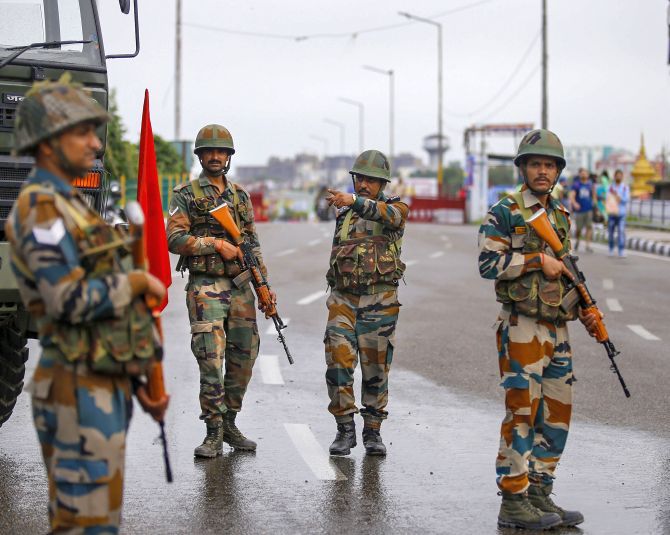 IMAGE: Army personnel stand guard in Jammu on Aug 5, 2019. Restrictions and night curfews were imposed in several districts of Jammu and Kashmir as the Valley remained on edge, with authorities stepping up security deployment. Photograph: PTI Photo

"All the provisions of the Constitution" shall apply in relation to the state of Jammu and Kashmir, it said.

The government has added in the Article 367 of the Constitution a clause 4 which makes four changes.

The order said references to the person for the time being recognised by the President on the recommendation of the legislative assembly of the state as the Sadar-i-Riyasat of Jammu and Kashmir, acting on the advice of the council of ministers of the state for the time being in office, shall be construed as references to the governor of Jammu and Kashmir.

In proviso to clause (3) of Article 370 of this Constitution, the expression "Constituent Assembly of the State referred to in clause (2)" shall read "legislative assembly of the state", it said.