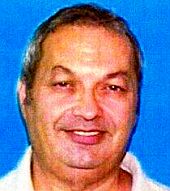 India-born Noshir Gowadia, a former engineer of B-2 stealth bomber accused of selling sensitive American defence technology to China for its cruise missiles for $110,000, will face trial in a US court this week for spying and money-laundering.

Gowadia a former engineer with defence contractor Northrup Corp., is facing charges that he sold classified B-2 bomber technology to China, tried to sell the technology to Switzerland, Israel and Germany, money laundering and filing false tax returns.

The former engineer hid the proceeds from the transactions by directing the payments to secret Swiss bank accounts of foundations he set up in Liechtenstein, the government said in recently filed court documents, the Honolulu Star Bulletin reported.

Prosecutors allege Gowadia helped design an exhaust nozzle for China that gives off less heat, making it difficult for enemy infrared detectors to track the missile for which he got $110,000 over two years.

The trial is scheduled to begin next month and expected to run into summer. The government said it found evidence of the Swiss bank accounts when federal agents raided Gowadia's Maui home on October 13, 2005.

Gowadia worked for Northrup from 1968 to 1986, during which time he helped develop the B-2 bomber's unique propulsion system. After his employment with Northrup ended, Gowadia continued his relationship with the U.S. military as a private contractor.

However, following some angry dealings with the Air Force and the Los Alamos National Laboratory in 1993, Gowadia began to seek and solicit business internationally, the government says.

Between 2003 and 2005 Gowadia made six secret trips into mainland China and exchanged numerous communications to help Chinese defence engineers design a cruise missile that is able to evade air-to-air, heat-seeking missiles, according the federal indictment against him.

The trial comes some four years after Gowadia's arrest and more than three years after his trial was originally scheduled to be held.