Indian American Richard Verma sworn in as US ambassador to India 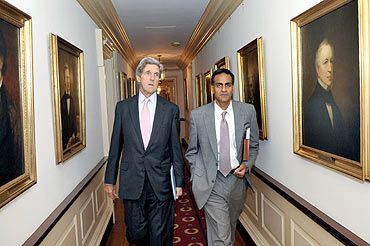 Indian-American Richard Rahul Verma has been sworn in as the United States ambassador to India by Secretary of State John Kerry.

Forty-six-year-old Verma is the first ever Indian-American to be the top US diplomat in New Delhi. He is scheduled to arrive in India ahead of Kerry's visit to Delhi next month. US President Barack Obama will arrive in late January to attend the Republic Day Parade on January 26 as the chief guest.

He was confirmed by the US senate by a voice vote last week. Last week, he met Obama at the White House.

Verma, who quietly played an important role in the Congressional passage of civil nuclear deal with India, had advocated for strong Indo-US ties when in the administration and recently started "India 2020" project at Centre for

American Progress -- a top American-think tank. He will replace Nancy Powell, who resigned in March after a damaging row over the treatment of diplomat Devyani Khobragade over visa fraud charges.

The US embassy in New Delhi is currently headed by a charge d'affaires, Kathleen Stephens.

Verma's association with Obama goes back to 2008 when he worked on presidential debate preparations for the then Illinois senator.

"Verma deserves this worthy appointment due to his dedication and well deserved respect he commands from President Obama and entire US Congress and the nation," said Shivangi, one of the few Indian-Americans invited to attend the swearing in ceremony at the State Department yesterday. The event was closed for the press. 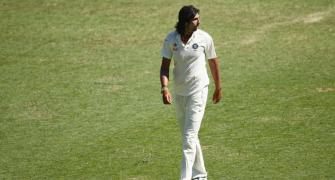 No veg food! Angry Ishant storms out of Gabba at lunch on Day 3 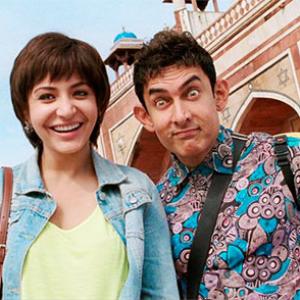