Indian-American named Chief of Staff to Acting US Defence Secretary

Indian-American Kash Patel has been named as the Chief of Staff to the Acting United States Defence Secretary Chris Miller, the Pentagon has announced. 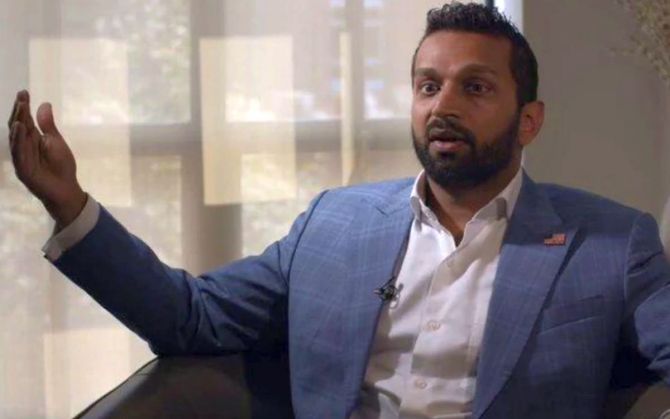 The new appointment from the Pentagon comes a day after Trump fired Defence Secretary Mark Esper and designated the National Counter Terrorism Center Director, Chris Miller, as the Acting Secretary of Defence.

Miller took over the functions and responsibilities of the new role on Monday, the Pentagon said on Tuesday.

“Kash Patel, currently on the National Security Council staff, has been named by Acting Secretary Miller as his Chief of Staff,” the Pentagon announced on Tuesday.

He replaces Jen Stewart, who resigned earlier in the day.

Kashyap Pramod Patel, or popularly known as Kash Patel, had previously served as senior counsel for Counterterrorism at the House Permanent Select Committee.

In June 2019, Patel, 39, was appointed as senior director of Counterterrorism Directorate of the National Security Council in the White House.

New York-born Patel has his roots in Gujarat. However, his parents are from East Africa – mother from Tanzania and father from Uganda. They came to the US from Canada in 1970. The family moved to Queens in New York – which is often called as Little India -- in the late 70s.

From Florida, he moved to Washington DC as a terrorism prosecutor at the Department of Justice. Here he was an international terrorism prosecutor for about three and a half years. During this period, he worked on cases all over the world, in America in East Africa as well as in Uganda and Kenya.

At the Pentagon, he sat as the Department of Justice's lawyer with Special Forces people and worked interagency collaborative targeting operations around the world.

After a year in this sensitive position, Congressman Davin Nunes, Chairman of the House Permanent Select on Intelligence Committee, pulled him as senior counsel on counterterrorism.