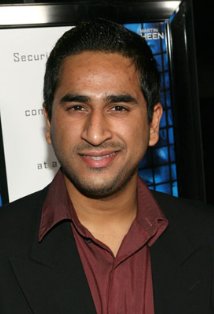 "Imagine how terrifying it would be to open the mail and find a threat to kill your spouse or your children," Goodwin said in the statement.

"This defendant carried out a carefully planned scheme designed to frighten his victims out of more than $120 million. It was an extraordinarily brazen crime, and I'm pleased, for the victims' sake, that we were able to put a stop to it so quickly."

Born in Akron, Ohio, Shah’s family lives in Chicago and Shah settled in Los Angeles, California. His father Mahesh Shah is a structural and civil engineer who has worked for many of the nation's top firms. His mother works at Motorola's headquarters. He has one older brother.

Shah sent letters threatening specific family members of his victims by name and used language carefully designed to persuade his targets that his threats were serious.

Shah used various means to avoid detection during the scheme by creating false identities. He fraudulently opened financial accounts in his victims' names. Shah also made purchases using prepaid debit cards that he registered under aliases. To avoid being traced when he committed criminal acts using his computer, he sought out anonymous, public internet hotspots; altered the address associated with the computer's network card; and routed his internet communications through special servers that disguise users' identities. He also created numerous accounts with the US Postal Service under false names.