'India, US fortunate to have diplomat of Nirupama Rao's caliber'

By Aziz Haniffa
December 01, 2011 10:02 IST
Both Indians and Americans have to consider themselves fortunate and thankful to have a diplomat of the caliber of Indian Ambassador Nirupama Rao posted in Washington and driving the burgeoning United States-India strategic partnership, a senior State Department official has said.

US Under Secretary of State for Political Affairs Wendy Sherman, a longtime confidante of Secretary of State Hillary Clinton, said, "Indians should consider themselves fortunate that Ambassador Rao represents their interests and aspirations in Washington. Americans should be thankful for such an honest and exceptional diplomat from the great nation of India."

Speaking at the Capitol Hill reception hosted by the US Senate India Caucus to honour Rao, Sherman, said that it was "really a terrific pleasure, both professionally and personally," to be invited to pay tribute to Rao. "Ambassador Rao, embodies the very ideals -- creativity, integrity and ingenuity -- which Indian citizens are known for. When history is written of the beginning of this new chapter of our great partnership, I have no doubt that Ambassador Rao will feature prominently," she said.

"I know first hand she (Rao) in the short time in Washington, has already made an amazing contribution to our bilateral relationship, and has cemented deep respect of friends and colleagues alike in the process," she added.

Sherman noted that "Ambassador Rao's reputation as a venerable diplomat and strategist didn't come by chance. From Moscow to Beijing, Lima to Colombo, Ambassador Rao has deftly represented her country's interests abroad with leadership and poise."

"Most importantly, for us here, she was a trusted interlocutor and champion of the US-India partnership enjoying the close relationship with my predecessor and now Deputy Secretary of State Bill Burns. I know part of what drives Ambassador Rao's vision for our partnership is her great admiration of the United States," she added.

The number three diplomat at the State Department also lauded the Senate India Caucus "and your support in helping guide the relationship that President Obama has called one of the defining and indispensable partnerships of the 21st century."

"I want to specifically acknowledge the two co-chairs of the Senate India Caucus, Senators (Mark) Warner (Virginia Democrat) and (John) Cornyn (Texas Republican) for their hard work and measurable success in bringing our two countries closer together and to all the senators who support the India Caucus," she said.

"It's a mark of the bipartisan support our relationship with India enjoys that both the senate and the House Caucuses are one of the largest bipartisan Caucuses in the Congress. That bipartisanship has helped drive a significant and uninterrupted progress (of US-India relations) progress of the last decade across all administrations," she said.

Sherman asserted that the US-India strategic relationship "can make the world more secure and democratic while our commercial partnerships can meet the needs of the 21st century consumer and create millions of new jobs in each of our two countries."

She said that "for much of the world history, India was a global power as a consequence of its economic power and cultural dynamism," but argued that "over the last two decades, India has remerged even more -- it is the world's biggest democracy and soon to be the world's most populous country with an economy likely to be the world's third largest within probably no more than a few years." 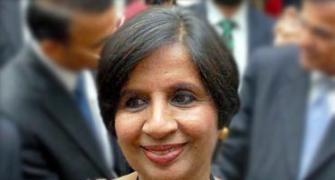 The most powerful women in India 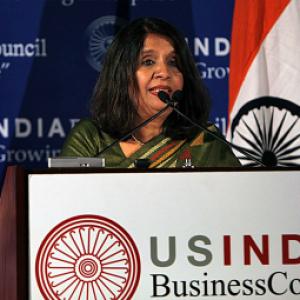 US will not lose long-term bet on India: Nirupama Rao 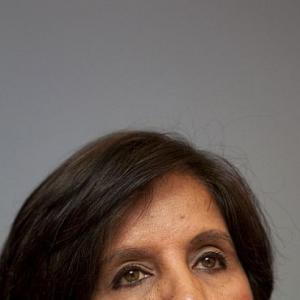