India on Tuesday signed a key pact with the Philippines for the sale of 'defence material and equipment', which are likely to include BrahMos cruise missiles. 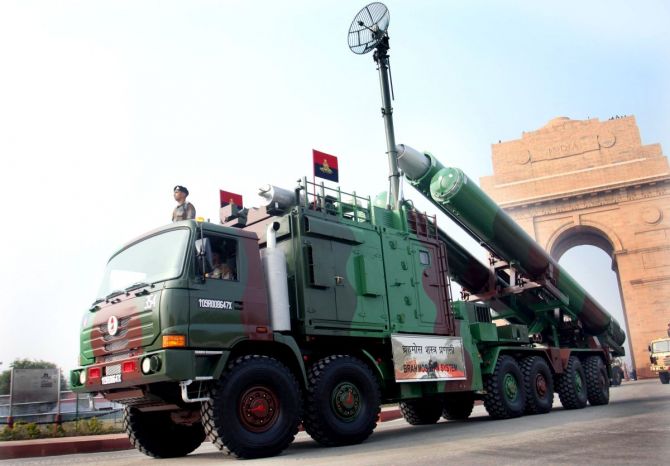 Philippine Defence Secretary Delfin Lorenzana, who was also present at the pact's signing ceremony in Manila, has reportedly said that his country is buying BrahMos missiles.

Kumaran signed an 'implementing arrangement' for 'procurement of defence material and equipment'.

'We are buying the BrahMos missiles,' Lorenzana was quoted as saying by The Straits Times.

There was no statement from the Indian side.

India and Russia have been planning to export the BrahMos supersonic cruise missile to the Philippines and several other countries, Russian Deputy Chief of Mission in India Roman Babushkin had said on November 12 in an online briefing.

The BrahMos missile is produced by an Indo-Russian joint venture and it can be launched from submarines, ships, aircraft or from land platforms.

On October 18 last year, a naval version of the BrahMos missile was successfully test-fired from an indigenously-built stealth destroyer of the Indian Navy in the Arabian sea.

Days later, the Indian Air Force test-fired an air-launched version of the BrahMos missile from a Sukhoi fighter aircraft in the Bay of Bengal.

A number of countries including in the Gulf region have shown interest in procuring the missile.

India has already deployed a sizeable number of the original BrahMos missiles and other key assets in several strategic locations along the LAC with China in Ladakh and Arunachal Pradesh.

The IAF is also integrating the Brahmos supersonic cruise missile on over 40 Sukhoi fighter jets to bolster the overall combat capability of the force. 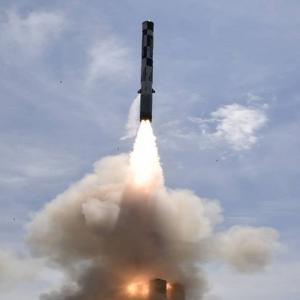