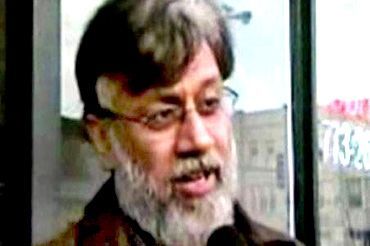 India is likely to press for access to Tahawwur Hussain Rana, and wife and two girlfriends of Mumbai attack terrorist David Headley during Home Minister Sushilkumar Shinde's visit to the United States next week.

Government sources said though India got access to Headley, who carried out a recce of the 26/11 targets for the Pakistan-based terror outfit Lashkar-e-Tayiba, the United States has not given any opportunity to question Pakistani-Canadian Rana, Headley's US-based wife Shazia, his girlfriend Portia Peter and one more female friend. Indian investigators believe that if they could quiz the three, many hidden information could come into light as Rana was a close associate of his Pakistani-American friend Headley, and Shazia and the two girlfriends were in regular touch with Headley before and after the Mumbai terror attack.

The investigators believe that Rana, Shazia and others have a lot of information and their interrogations could throw more light on the conspiracy hatched to carry out the worst terror strike in India and role of those behind it.

"The home minister and his delegation is expected to raise the issue of access to Rana and others," a source said. Fifty-one-year-old Headley had pleaded guilty to 12 terrorism charges, including his involvement in the November 2008 terror attacks in Mumbai that claimed 166 lives.

He had, however, entered into plea bargain with US authorities. A court in the US had sentenced 52-year-old Rana to 14 years in jail followed by five years of supervised release. Rana was convicted for providing material support to LeT and for backing a "dastardly" plot to attack a Danish newspaper but not convicted for the Mumbai terror attack despite being a close associate of Headley.