India plans to sign the $11 billion Medium Multi-Role Combat Aircraft deal with French Rafale by the end of August and September, a senior Indian Air Force official said on Saturday.

"I find no reason why it shouldn't be signed by the end of this month or next month", said Air Officer Commanding-in-Chief, Training Command, IAF, Air Marshal Rajinder Singh.

He indicated that negotiations are currently going on with regard to pricing for the 126-aircraft deal.

The Air Marshal admitted to "some problems" (on pricing) but asserted that it's not unusual in such big deals. "It should come through", he said, adding that the first aircraft under the MMRCA deal would start "flowing in" in 2017.

The Air Marshal dismissed reports quoting Russian and German officials who had claimed that the deal is not final yet.

"Nothing of that sort," he said, pointing out that India had already declared the lowest bidder -- Rafale -- for the MMRCA deal.

Vyacheskav Dzirkaln, deputy director of Russia's Federal Service for Military Technical Cooperation, was recently quoted as saying, "I wouldn't say that MMRCA tender is a closed issue. We have information that the tender is still up in the air".

The deputy chief of the ruling CDU-led coalition's parliamentary committee in Bundestag (lower house of German Parliament) for foreign and defence affairs, Andreas Schockenhoff, reportedly said recently the last word had not yet been heard on the MMRCA deal.

Russia's MiG-35 did not make it to the MMRCA shortlist, which also included Eurofighter Typhoon, designed by a European consortium in which Germany is a part, besides Rafale.

Speaking to reporters on the sidelines of an Indian Air Force Exhibition on the occasion of IAF's 80th anniversary celebration, the Air Marshal said India would have one of the most modern air forces of the world in the next three-four years, as he touched upon recent contracts on acquisition of aircraft, weapon platforms, systems and radars, among others, for IAF.

The Air Marshal said as the demand would increase for personnel to manage military hardware, the number of cadets being trained at Air Force Academy at any point of time will be tripled in the next seven years.

"It's obvious that in the civil field, money is more, freedom is much more; so one likes to stick on (there)", he said, but added that people who come to know about IAF realise that it is a way of life.

"I don't think you can have a better life in any other system," he said. 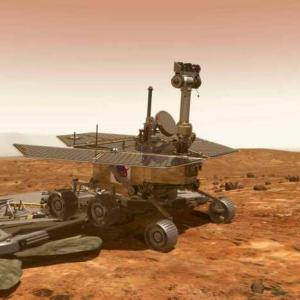