Us Congressman Meryvn M Dymally,  like the late Democratic lawmaker Stephen J Solarz, was always in India's corner on capitol hill during the Cold War years when it wasn't cool to be a friend of India, and New Delhi was considered by many United States lawmakers as a surrogate of the erstwhile Soviet Union.

Former US Congressman Mervyn M Dymally, California Democrat, who like the late Democratic lawmaker Stephen J Solarz and was always in India's corner on Capitol Hill during the Cold War years when it wasn't cool to be a friend on India -- as New Delhi was considered a surrogate of the erstwhile Soviet Union -- died earlier this month in Los Angeles. He was 86.

His wife of 44 years, Alice Gueno Dymally, said in a statement, "He lived a very extraordinary life and had no regrets."

One of the first African Americans elected to statewide office since the days of Reconstruction, Dymally was elected to the US Congress in 1981 and served for more than a decade on Capitol Hill, till 1993, when he retired.

It was during this period that he proved to be an able lieutenant to Solarz, while serving on the House Foreign Affairs Committee and as the ranking Democrat on its Subcommittee on Asia and the Pacific, which was chaired by Solarz and had jurisdiction over matters pertaining to South Asia and beating back the efforts led by the conservative Republican Cold War warriors to censure India for its close relations with the former Soviet Union and later Russia.

This was also the time when the Council of Khalistan, led by Dr Gurmit Singh Aulakh, which was advocating for a separate state of Khalistan in Punjab and later the Kashmiri American Council, led by Dr Ghulam Nabi Fai, now under incarceration for being an Inter-Services Intelligence agent, were active on Capitol Hill and had garnered the support of Republican Congressmen like Dan Burton of Indiana and Wally Herger of California, and gotten them to introduce legislation over and over again slamming India for alleged gross human rights abuses in Punjab and Kashmir and calling for the cut off of US development assistance to India.

Solarz and Dynally, were during these year in the mid- and late 1980s in the forefront of battles to rebut these allegations against India and efforts to censure and sanction India and were among a handful of US lawmakers who batted for New Delhi at the time, when US-India relations were a far cry from the strategic partnership it is now, and at a time when Pakistan was the strategy ally of Washington for its support in supporting the US-funded Afghan mujaheddin in its fight against the Soviet troops.

At the time, Dymally, like Solarz would constantly take to the House floor to condemn anti-India legislation introduced by Burton and Herger, on the urging of the pro-Khalistan and pro-Kashmiri independence lobbies here, one of which was to deny India most-favored-nation trade treatment unless India alleviates human rights violations that were constantly cited by Amnesty International and Human Rights Watch in Punjab and Kashmir.

During those years, he would acknowledge in interviews with India Abroad, the newspaper headquartered in New York and owned by rediff.com, that "There's always that built-in opposition here to some of the policies and programs of India and we always have to be on the alert for it."

But Dymally also had no qualms in taking the Indian American community to task for not being vocal and active enough in fighting the anti-India fervor in Congress.

He would argue how Indian Americans had gotten all their priorities mixed up and in one of several interviews with India Abroad, said, "Sometime this year, they are going to come up here once again and have a big reception and have their pictures taken with senators and members of Congress, many of whom have at one time or the other introduced legislation detrimental to their interests and to that of India."

Dymally accused Indian-Americans who attach much importance to these receptions as being 'stargazers', and 'hero-worshippers'.

He remarked that, "Nobody cares about these receptions and cocktail parties. You need to address the specific issues, we need to hear from them about (Super) 301, the (Agni) missiles, the Punjab crisis, the Nepal crisis and the Sri Lanka problem."

"They need to explain their side of the story and they are very poor at that," he said, and added, "I don't think they quite understand the issue. Their participation is very superficial, they like only the glamorous part of it."

He constrasted this with what he described as the very sophisticated lobbying efforts of pro-Khalistanis particularly that of Aulakh, saying this lobby 'very effective on the Hill' and is defeating the efforts of those who support a strong and untied India.

After his departure from the US Congress, Dymally returned to politics in 2002, winning a seat in the California State Assembly and served until 2008.

Congresswoman Janice Hahn in mourning the demise of Dymally, said, "Mervyn Dymally was an icon, a legend, and one of the most loved California's 41st Lieutenant governor. He was a man of strong principles and values."

"We will always be grateful for his leadership in the building of the Martin Luther King Hospital in Watts. He's always been a mentor and a friend. Mervyn will surely be missed," she said.

Gavin Newsom, the current lieutenant governor, in his statement, noting the passing of Dymally 'with great sadness', said that Dymally was 'a trailblazer in every sense of the world. Merv served many firsts in his 50-year political career, establishing a path for future generations of African Americans to follow'.

Newsom, who was San Francisco's first openly gay Mayor described Dymally as 'a true civil rights leader, and he was also instrumental in passing one of the nation's first gay rights bills in 1975'.

"He fought tirelessly for economic and humanitarian aid for Africa, long before it became a cause celebre," he said, and added that Dymally's 'dedication to public service continued when he left politics and his legacy will be long remembered'.
Aziz Haniffa in Washington, DC
Related News: Meryvn M Dymally, India Abroad, Stephen J Solarz, California State Assembly, US Congress
Print this article
Delimitation might stump parties in 2012 Gujarat polls 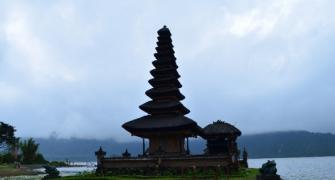 Captured: Stunning photos from around the world 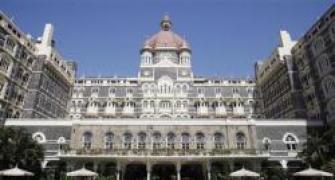 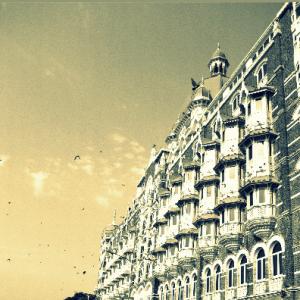 Your Photos: Slices of life