India, which has joined the United Nations Security Council after a of gap of 19 years, is most likely to be given a key responsibility by this powerful 15-membered body in fight against terrorism; thus acknowledging New Delhi's prominent role in the global war against terror.

Diplomatic sources privy to the discussions at the United Nations headquarters in New York told PTI talks are in advance stage to request India to head one of its two key counter-terrorism committees.

Ahead of its joining the Security Council on January 1, in its informal consultations with its other key members, India had made its intentions clear that it wants to make the fight against terrorism a priority area during its two-year term as the non-permanent member of the council.

Almost all the members of the UN Security Council, especially its five permanent members, believe that not only just being a victim of terrorism; but also as a country that has successfully and patiently tackled the menace of terrorism for the past several decades, be it the one in Punjab in the 80s, or the one in Kashmir, and the those coming from across the border and reflected in terrorists attacks like that on the Parliament or 26/11, New Delhi is best positioned to lead the counter-terrorism initiatives for the next two years.

The Security Council currently has two key committees related to its fight against terrorism. On October 15, 1999, the UN Security Council via its resolution number 1267 had established the "Al Qaeda and Taliban Sanctions Committee" which is the form to slap sanctions on terrorist outfits and its leaders; that is implemented by its member States.

Post 26/11, several Lashkar-e-Tayiba leaders and its frontal organisations have been added to the list at the request of India.

"We would naturally want to take a very keen interest in the 1267 committee, which deals with listing of entities like al Qaeda and Taliban and there are entities of interest to us, which we would want to be pursued through the 1267 committee," Indian Ambassador to the UN Hardeep Singh Puri told PTI.

There is currently one seat vacant in this committee; which has been vacated by Austria.

Guided by Security Council resolutions 1373 (2001) and 1624 (2005), the Security Council Counter-Terrorism Committee works to bolster the ability of United Nations member states to prevent terrorist acts both within their borders and across regions. It was established in the wake of the September 11 terrorist attacks in the United States.

The two-year term of this Committees chairman Ertugrul Apakan, Ambassador and Permanent Representative of Turkey, expired on December 31, 2010.

Informed sources familiar with the discussions said India could be offered this chairmanship. The final decision in this regard is expected to be announced on Tuesday, when the Security Council meets for the first time this year.

Resolution 1373, adopted unanimously on 28 September 2001, calls upon member states to implement a number of measures intended to enhance their legal and institutional ability to counter terrorist activities, including taking steps to criminalise the financing of terrorism, freeze without delay any funds related to persons involved in acts of terrorism, deny all forms of financial support for terrorist groups, and suppress the provision of safe haven, sustenance or support for terrorists.

It also urges member states to share information with other governments on any groups practicing or planning terrorist acts, cooperate with other governments in the investigation, detection, arrest, extradition and prosecution of those involved in such acts; and criminalises active and passive assistance for terrorism in domestic law and brings violators to justice. 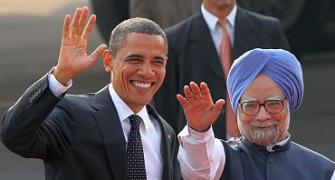