India sends 12 MPs to Pak, Kashmir on the agenda

India on Wednesday sent a high-level 12-member Parliamentary delegation led by Jammu and Kashmir Pradesh Congress chief Professor Saifuddin Soz to Pakistan to look for a political solution to the Kashmir tangle.

This the first visit of an Indian delegation to Islamabad after United States' forces smoked out Osama bin Laden from his hideout in Pakistan's cantonment town of Abbottabad.

Also on board are Tariq Anwar of the Nationalist Congress Party, Sharifuddin Shariq of the National Conference and Rajniti Prasad of the Rashtriya Janata Dal. Incidentally, there are no representatives from the opposition Bharatiya Janata Party-led National Democratic Alliance.

Since the delegation has three MPs from the state, the decades-old Kashmir problem is likely to be the topmost item on the agenda. Pakistan has always held Kashmir as the core issue affecting its ties with India.

"We would tell our Pakistani friends to use their influence to ensure a political space in Kashmir, by asking militants not to target activists of mainstream political parties," said National
Conference leader Shariq.

"In return, the governments at both the Centre and the state can ensure a peaceful political space for separatists as well," he said.

The MPs, who were briefed in Delhi by top foreign ministry officials before they left for Islamabad, said they would urge their Pakistani counterparts to concentrate on the battle against terrorism and extremism as it posed a threat to the whole region.

"We will try to assure them that no existential threat to Pakistan comes from India, as India has no designs on Pakistan," said a member of the delegation.

The group, which takes its name from the location of its meeting held in 1957 in the village of Pugwash in Canada, often brings  together, from around the world, influential scholars and public figures to reduce the danger of armed conflict and seek cooperative solutions for global problems. 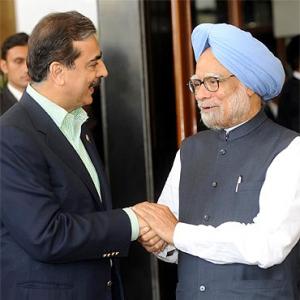