India saw over 23.5 lakh premature deaths due to pollution of all types -- including 16.7 lakh fatalities caused by air pollution -- in 2019, the highest among all countries globally, according to a new study published in The Lancet Planetary Health journal. 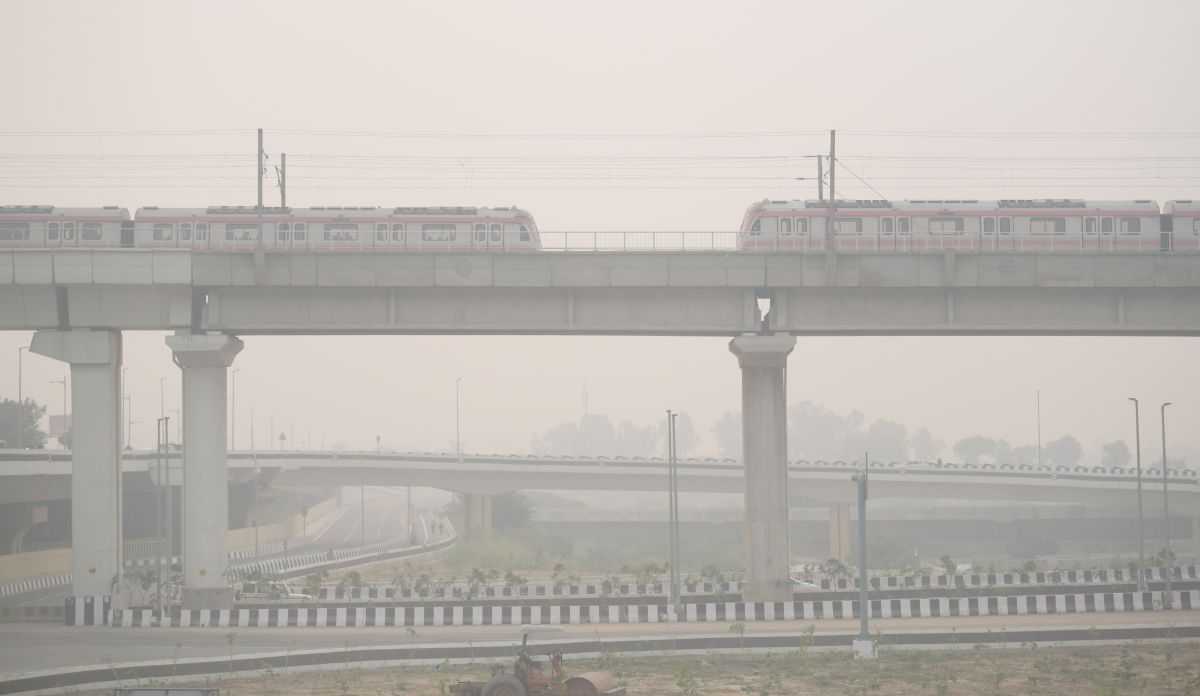 The majority of air pollution related deaths -- 9.8 lakh -- in India were caused by ambient PM2.5 pollution -- tiny pollution particles in the air that are two and one half microns or less in width, the researchers said.

Another 6.1 lakh were due to household air pollution, they said.

Globally, pollution of any kind was responsible for nine million deaths in 2019 -- equivalent to one in six deaths worldwide.

Air pollution -- both household and ambient -- was responsible for the greatest number of deaths at 6.67 million worldwide.

"The health impacts of pollution remain enormous, and low- and middle-income countries bear the brunt of this burden. Despite its enormous health, social and economic impacts, pollution prevention is largely overlooked in the international development agenda,” said study lead author Richard Fuller, from Global Alliance on Health and Pollution, Geneva, Switzerland.

"Attention and funding has only minimally increased since 2015, despite well-documented increases in public concern about pollution and its health effects," Fuller said in a statement.

In India, air pollution is most severe in the Indo-Gangetic Plain (northern India), where topography and meteorology concentrate pollution from energy, mobility, industry, agriculture, and other activities, the researchers said.

According to the study, burning of biomass in households was the single largest cause of air pollution deaths in India, followed by coal combustion and crop burning.

Population-weighted mean exposure to ambient air pollution peaked nationally in India at 95 milligrammes per cubic metre (mg/m3) in 2014, was reduced to 82mg/m3 by 2017, but more recently has been rising slowly again, the researchers said.

"India has developed a range of instruments for tackling air pollution, including a National Clean Air Program, and in 2019 launched a Commission for Air Quality Management in the National Capital Region. State Pollution Control Boards have regulatory powers to impose and enforce emissions standards on pollution sources,” the authors of the study noted.

"However, India does not have a strong centralised administrative system to drive its air pollution control efforts and consequently improvements in overall air quality have been limited and uneven," they said.

The report noted that India's PM2.5 pollution remains well above World Health Organisation (WHO) guidelines of 10 microgram per cubic metre in 93 per cent area of the country.

Deaths due to traditional pollution (household air pollution from solid fuels and unsafe water, sanitation, and hand washing) in India have reduced by more than 50 per cent since 2000, the report said.

Excess deaths due to pollution have led to economic losses totalling USD 4·6 trillion in 2019 globally, which is 6.2 per cent of global economic output, it said.

Economic losses due to modern forms of pollution -- ambient particulate matter air pollution, ozone pollution, lead exposure, occupational carcinogens, gases, fumes -- have increased between 2000 and 2019 in India and are now approximately 1 per cent of its gross domestic product (GDP), it said.

The new report is an update to The Lancet Commission on Pollution and Health.

"Preventing pollution can also slow climate change -- achieving a double benefit for planetary health -- and our report calls for a massive, rapid transition away from all fossil fuels to clean, renewable energy," Landrigan said.

The new report provides updated estimates for the health effects of pollution based on the most recently available 2019 GBD data and methodological updates, as well as an assessment of trends since 2000.