India really matters more in the current polarised world and the country is perceived very widely as the voice of the global South, External Affairs Minister S Jaishankar has said. 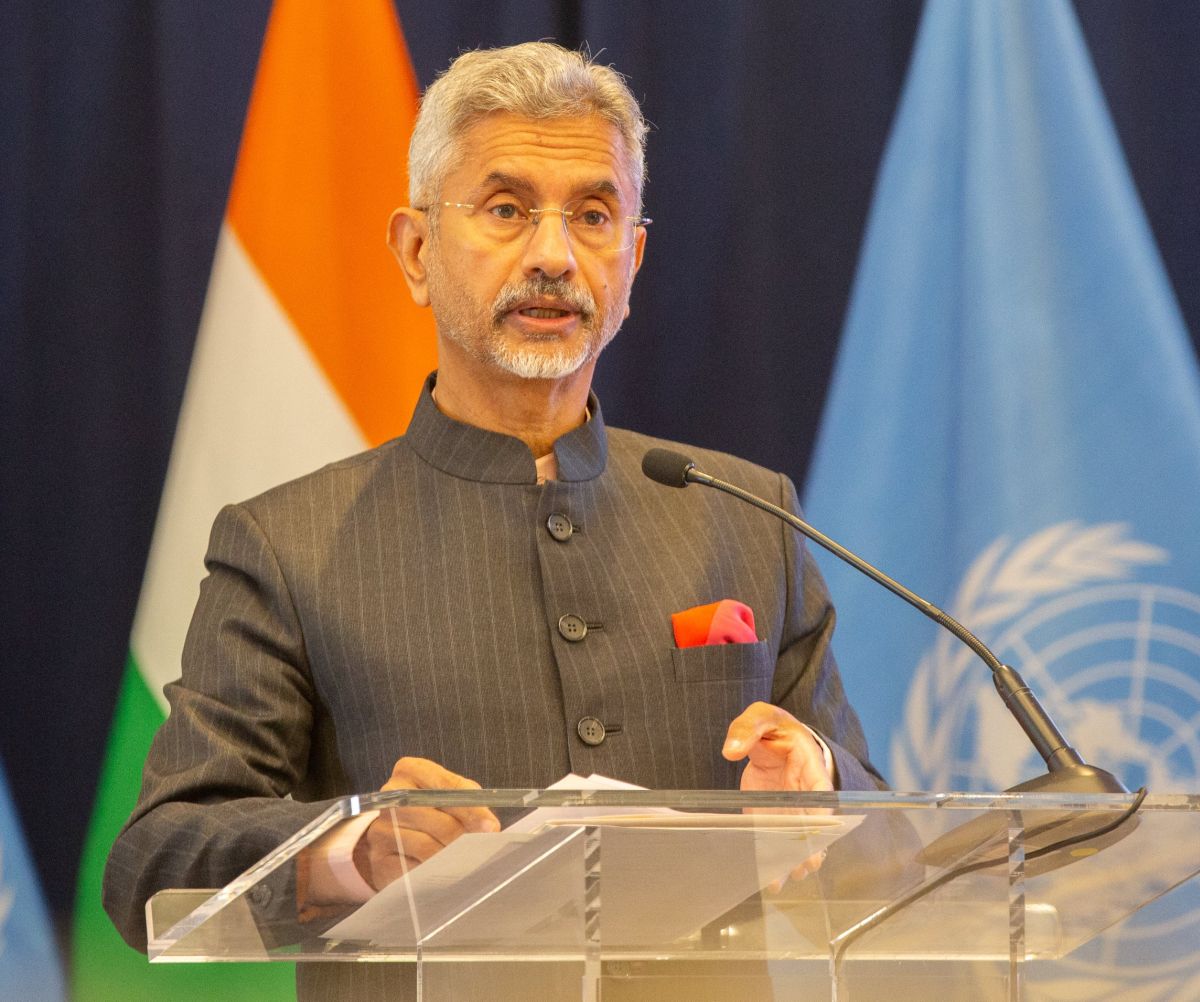 Jaishankar wrapped up the New York leg of his visit to the US as he addressed the high-level UN General Assembly session Saturday, concluding a hectic week of whirlwind diplomatic engagements during which he met over 100 of his counterparts from around the world and held several bilateral and multilateral meetings.

"There's no question this UNGA reflects the state of the world, which is particularly polarised at this moment. What the state of the world actually reveals in a way is that India matters more. We are a bridge, we are a voice, we are a viewpoint, a channel," Jaishankar told a group of Indian reporters here as he highlighted some of the big takeaways of his week-long visit to the UN and the city. He will head to Washington DC Sunday for the second leg of his US visit.

Jaishankar said that at a time when normal diplomacy is not working that well, India has so many relationships, such an ability to communicate and find touch points with different countries and regions.

India is today "perceived very widely" as the voice of the global South, Jaishankar said adding that there is a huge crisis right now in the world economy where the cost of food and fuel, worry about fertilizers, the debt situation have created very deep anxieties for a lot of countries.

"There is great frustration that these issues are not being heard. They are not being voiced. They are not going up the chain in the global councils," he said adding that if there is anybody at all who is speaking up and voicing these sentiments, it is India and that New Delhi speaks for many of the developing nations.

"I am concluding this week with the sense that India really matters more in this polarised world and much of that is also due to the Prime Minister's leadership, his image, what he has done on the global stage," he said.

Jaishankar said that several people spoke to him about Prime Minister Narendra Modi's role in the UN climate conference COP26 held in Glasgow last year, and some of the recent regional gatherings. Jaishankar underlined that it is both the landscape as well as the leadership, which has created that sense of India mattering more.

Jaishankar met his global counterparts in bilateral as well as multilateral settings on the margins of the high-level session. He participated in group meetings, which included the Quad, BRICS, IBSA, CELAC, CARICOM, NAM countries and the L69 group. He also participated in trilaterals with France, Australia, Indonesia and UAE.

Another takeaway was the impact of many of India's initiatives, the Vaccine Maitri in particular, development programmes and projects, including those in Ukraine.

There is a sense among nations that India was there for the world in times of distress and difficulty and this was highlighted at the special India@75 event held earlier in the day during which UN Ambassadors, Ministers, agency heads and other dignitaries highlighted India's partnership with the UN, its South-South Cooperation, its development journey and achievements in the 75th year of its independence.

Noting that this year has been particularly challenging in terms of climate events and emergencies right from South Asia to Europe, Jaishankar said the leadership that India has shown on climate issues was mentioned positively, with nations and partners expressing interest in working with India because it has not just been about speeches but delivery on the ground as well.

Underlining that "delivery is Prime Minister Modi's forte not just at home but also his image abroad", Jaishankar said the International Solar Alliance has over 100 members, Coalition for Disaster Resilient infrastructure is taking off, there is interest in the One Sun One World One Grid idea. In this regard, a takeaway from the week is the belief that India today is a very major player, contributor and shaper in the climate debates.

With India assuming the G20 presidency in December, the issue came up for discussion with many leaders including Secretary General Antonio Guterres.

Jaishankar said he conveyed "very clearly" to all of them that "our endeavour would be to ensure that the G20 remains cohesive, remains focused."

Given that G20 historically has an agenda that is primarily financial, economic, development and social, he said it was conveyed that "we would like it to keep to that."

This was a subject which came up with many other foreign ministers of G20 and "there was appreciation of that as well."