India and Pakistan Thursday agreed to work towards 'expeditiously' launching the Kartarpur corridor, a decision taken at a meeting held after the recent escalation in tensions between the two countries.

India asked Pakistan to ensure that the Kartarpur Sahib pilgrims are not subjected to the Khalistani separatist propaganda with the neighbouring country promising that it will not allow any such activity, a ministry of external affairs official said. 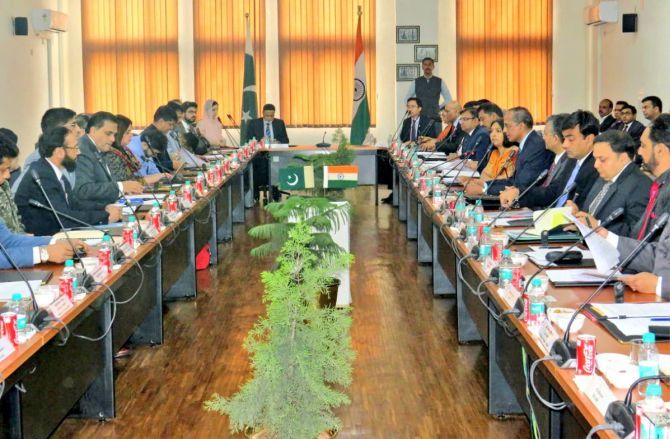 The first meeting between the two sides to finalise the modalities for the proposed corridor linking Gurdaspur in Punjab with the Sikh shrine in Pakistan's Kartarpur took place in a 'cordial environment', a joint statement said.

The two delegations met on the Indian side of the Attari-Wagah border.

India has sought visa-free access to the Kartarpur shrine, and suggested that 5,000 pilgrims be allowed to visit every day.

India also said this meeting should not be seen as resumption of dialogue between the two countries.

"There should not be any additional encumbrances in the form of any additional documentation or procedures," S C L Das, joint secretary in the Ministry of Home Affairs who headed the Indian team, told reporters.

He said 'as a first step', the two sides agreed that the passport shall be the identification document for the pilgrims.

"The matter (pro-Khalistan propaganda) has been part of discussions in which our concerns were shared with Pakistani side and we have asked them to ensure that no such activity should take place which goes against the faith of pilgrims," MEA Joint Secretary Deepak Mittal told reporters.

"The Pakistani side told us that they would not allow their land for any such activity. We have, however, expressed our concern," he said

The MEA official was replying to a question on the promotion of pro-Khalistan propaganda in Pakistan and Referendum 2020, a campaign for a separate nation of 'Khalistan', run by a US-based outfit 'Sikhs for Justice'.

Replying to another question, Joint Secretary S C L Das of the Ministry of Home Affairs said New Delhi's expectations were made clear to the Pakistani delegation.

"The meeting in no way amounts to resumption of bilateral talks. The position on dialogue is very clear -- terror and talks cannot go together," he said.

Das said there were no handshakes at the meeting, held amid heightened tension between the two countries after the Pulwama attack.

"This in no way signifies the normalisation of relations. We have made it amply clear directly and indirectly," he added.

The meeting was only in the context of Kartarpur Sahib corridor aimed at providing pilgrims smooth and easy access to the historic shrine, said Mittal.

On a question on possible infiltration into the corridor, risking the security and safety of devotees, Das said security concerns will remain paramount.

"We are very conscious of this aspect. It was a formal part of the agenda and the draft agreement prepared by us. We are trying to provide for an 'escalation mechanism' should such a thing still happen," said Das.

The MEA official said an assurance has been given by the other side that the clearance to visit shrine will be done within seven days after an application is made for the purpose.

Another MEA official said Pakistan would make arrangements to ferry the pilgrims on its side as the shrine is 4.5 km from the border in Pakistan.

"We demanded that the pilgrims do not have to bear any extra cost," MHA Joint Secretary Nidhi Khare said, adding the pilgrims cannot stay for night at the Gurudwara premises and have to return the same day.

Islamabad is expected to respond to Indian suggestions at the next meeting, scheduled for April 2 at Wagah on the Pakistan side of the border.

Technical experts from both sides will meet earlier, on March 19.

Kartarpur Sahib marks the place where Sikhism's founder, Guru Nanak Dev, spent the final years of his life. India hopes that the special border crossing for pilgrims will open before his 550th birth anniversary in November.

'The first meeting to discuss the modalities and the draft agreement for facilitation of pilgrims to visit Gurudwara Kartarpur Sahib using the Kartarpur Corridor was held today at Attari, India, in a cordial environment,' the joint statement issued after the meeting said.

"Both sides held detailed and constructive discussions on various aspects and provisions of the proposed agreement and agreed to work towards expeditiously operationalising the Kartarpur Sahib Corridor," it said.

The meeting took place amid heightened tensions between the two neighbours following India's air strike on a terrorist training camp of the Jaish-e-Mohammed, in retaliation to the attack in Pulwama that killed 41 Central Reserve Police Force jawans.

An Indian official told reporters in Attari that the meeting did not mark the resumption of the dialogue with Pakistan.

On his return, Faisal tweeted, 'Pakistan Kartarpur Delegation returns after constructive discussion in a cordial environment.'

"From our side, we have pressed for at least 5,000 pilgrims per day to be allowed to visit the holy shrine in the initial phase," the Indian delegation leader said.

"This will include not only Indian nationals but people of Indian origin as well," Das added.

India plans to create infrastructure for that number on its side of the corridor, the Pakistani team was told.

Last November, India and Pakistan agreed to set up the new border crossing.

Kartarpur Sahib is located in Pakistan's Narowal district across the river Ravi, about four kilometres from the border. 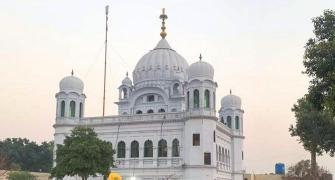 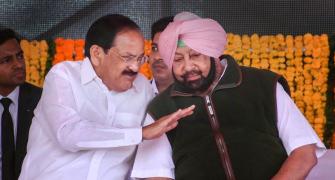 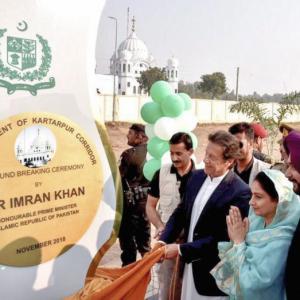