According to the report, floods (43.4 per cent) and storms (28.2 per cent) are the two most frequently occurring disasters. 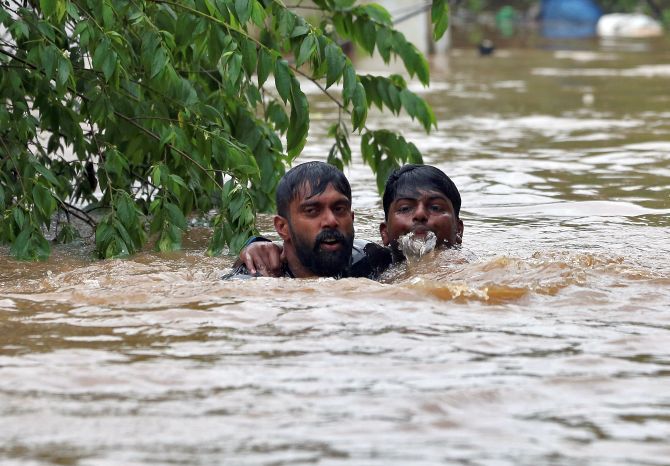 IMAGE: More than 5 million people in Kerala were affected and over 200 were killed amid torrential rain and floods in August. Photograph: Sivaram V/Reuters

India has suffered a whopping $79.5 billion economic loss due to climate-related disasters in the last 20 years, according to a United Nations report which highlights the impact of extreme weather events on the global economy.

The report titled ‘Economic Losses, Poverty and Disasters 1998-2017’ was compiled by the UN Office for Disaster Risk Reduction. It states that the years between 1998 to 2017 have seen a dramatic rise of 151 per cent in direct economic losses from climate-related disasters.

In terms of the impact of disasters on the global economy between 1998 and 2017, affected countries reported direct losses of $2.908 trillion, more than twice of what was lost in the previous two decades.

This represents a “dramatic rise” of 151 per cent compared with losses reported between 1978 and 1997, which amounted to $895 billion. 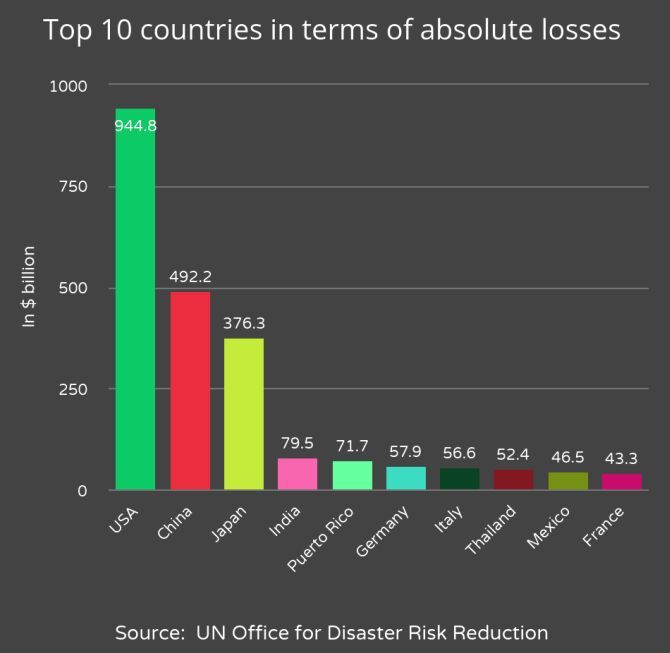 Floods (43.4 per cent) and storms (28.2 per cent) are the two most frequently occurring disasters.

During this period, 1.3 million people lost their lives and 4.4 billion people were injured, rendered homeless, displaced or in need of emergency assistance. A whopping 563 earthquakes, including related tsunamis, accounted for 56 per cent of the total deaths or 747,234 lives lost, the report said.

The report was released ahead of the International Day for Disaster Reduction on October 13.

In his message for the day, UN Secretary-General Antonio Guterres said in the wake of the devastating earthquake and tsunami in Indonesia, it was clear that disasters have a steep human cost as millions of people are displaced every year, losing their homes and jobs because of extreme weather events and earthquakes.

“A better understanding of the economic losses from extreme weather events can help to generate greater action on climate change and increased ambition on reducing greenhouse-gas emissions.

“Measuring economic losses can also motivate Governments to do more to achieve the targets of the Sendai Framework for Disaster Risk Reduction, which seeks a substantial reduction in disaster losses by 2030,” he said.

Guterres said that reducing the economic losses from disasters has the power to transform lives and contribute greatly to the eradication of poverty. 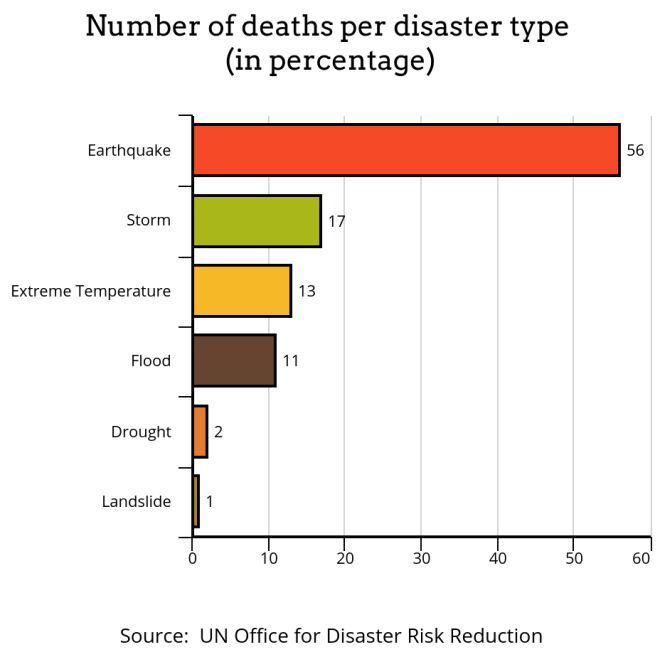 A key target of the global plan to reduce disaster losses, the Sendai Framework for Disaster Risk Reduction, is to reduce economic losses from disasters and the report highlights the fact that 63 per cent of disaster reports contain no economic data.

UN Secretary-General’s Special Representative for Disaster Reduction Mami Mizutori said much needed to be done to address the high number of deaths in seismic zones.

“The death and suffering caused by this month’s earthquake and tsunami in Indonesia brings home the need to raise public awareness and to apply high standards for construction in seismic zones.

“The report’s analysis makes it clear that economic losses from extreme weather events are unsustainable and a major brake on eradicating poverty in hazard exposed parts of the world,” Mizutori said.

Mizutori said there was a need to do a much better job of capturing economic loss data if nations are to have a fuller understanding of what works when it comes to reducing economic losses, saving lives and livelihoods, and managing disaster risk.

The report concludes that climate change is increasing the frequency and severity of extreme weather events.

It said disasters will continue to be major impediments to sustainable development so long as the economic incentives to build and develop hazard-prone locations outweigh the perceived disaster risks. 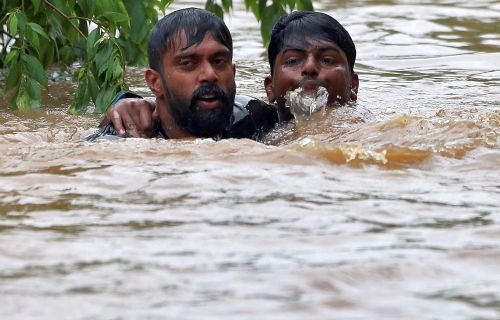