India expects that the soil of Afghanistan is never used for any anti-India activities, External Affairs Minister S Jaishankar said on Saturday, joining the inaugural session of the intra-Afghan negotiations in Doha through video conference. In his brief address, the external affairs minister said India's friendship with Afghanistan is "strong and unshaken" and that no part of the country is untouched by New Delhi's development programmes.

The Taliban and the Afghan government are holding direct talks for the first time to end 19 years of war that has killed tens of thousands of people and ravaged various parts of the country.

An official delegation led by Joint Secretary (Pakistan-Afghanistan- Iran division) in the Ministry of External Affairs (MEA) participated in-person in the inaugural ceremony in Doha, according to an official statement.

"Our friendship with Afghanistan is strong and unshaken, we have always been good neighbours and will always be so. Our expectation is that the soil of Afghanistan should never be used for any anti-India activities," Jaishankar said.

There have been apprehensions in India over possibility of use of Afghan soil for anti-India activities if a new dispensation friendly to Pakistan emerges from the intra-Afghan negotiations.

In his remarks, Jaishankar also reaffirmed India's long-led position that any peace process in the country must be Afghan-led, Afghan-owned and Afghan-controlled.

He said the peace process in Afghanistan must respect sovereignty and territorial integrity of the country, adding it must effectively address the issue of violence across the country and its neighbourhood.

'The rising levels of violence cannot be allowed to continue and like others, we support an immediate comprehensive ceasefire,' Jaishankar said.

Talking about the peace process, he said the progress made in the establishment of a democratic Islamic republic in Afghanistan as well as interests of minorities, women and vulnerable sections of society must be preserved.

'The friendship of our peoples is a testimony to our history with Afghanistan. No part of Afghanistan is untouched by our 400-plus development projects. Confident that this civilizational relationship will continue to grow,' the external affairs minister tweeted.

Jaishankar referred to the millennia-old relationship between India and Afghanistan, which he said had withstood the test of time.

'The external affairs minister highlighted India's role as a major development partner of Afghanistan with over 400 projects completed in all the 34 provinces of Afghanistan,' the MEA said in a statement.

It said he wished for the success of the Intra-Afghan negotiations in delivering to the people of Afghanistan what they have longed for -- a peaceful and prosperous future in an independent and sovereign nation, the MEA added.

The MEA said Jaishankar's participation was in response to an invitation extended to him by Deputy Prime Minister and Foreign Minister of Qatar Mohammad bin Abdulrahman bin Jassim Al Thani.

India has been a major stakeholder in peace and stability of Afghanistan. It has already invested $2 billion in aid and reconstruction activities in the country.

India has been keenly following the evolving political situation after the US inked a peace deal with the Taliban in February.

The deal provided for the withdrawal of American troops from Afghanistan, effectively drawing curtains to Washington's 18-year war in the country.

India has also been maintaining that care should be taken to ensure that any such process does not lead to any "ungoverned spaces" where terrorists and their proxies can relocate.

India has been calling upon all sections of the political spectrum in Afghanistan to work together to meet the aspirations of all people in that country including those from the minority community for a prosperous and safe future. 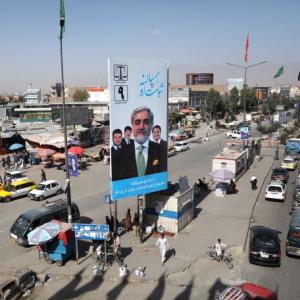