India has not approached Pak for talks: MEA

India on Thursday rubbished the claim by Pakistan Prime Minister Imran Khan's adviser on national security that New Delhi has sent a message to Islamabad indicating a desire for talks between the two countries. 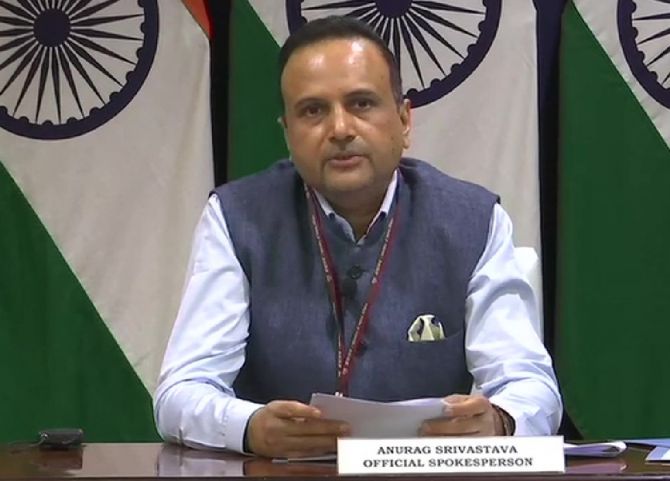 "As regards the purported message, let me make it clear that no such message was sent from our side," Spokesperson in the Ministry of External Affairs Anurag Srivastava said.

He was replying to questions at a media briefing on remarks by Pakistan PM's advisor on national security Moeed Yusuf during an interview to news website The Wire that India has sent a message to Pakistan with a desire for conversation.

In the interview, Yusuf commented on a variety of issues including on Kashmir.

"We have seen reports on the interview by a senior Pakistani official to an Indian media outlet. He has commented on India's internal matters," Srivastava said.

"As always, this is Pakistan's effort to divert attention from domestic failures of the present government and mislead its domestic constituents by pulling India into headlines on a daily basis," he added.

Srivastava said the official is well advised to restrict his counsel to his establishment and not to comment on India's domestic policy.

"The statements made by him are contrary to facts on the ground, misleading and fictitious," the MEA Spokesperson said.

In reply to a separate question, Srivastava said India will deliver a kilo class submarine to the Myanmar Navy.