India hit out at Pakistan for its litany of lies at the United Nations after Islamabad's UN envoy claimed to have given a statement in a Security Council meeting not open to non-Council members and said that the biggest sponsor of cross-border terrorism against it now tries to “masquerade" itself as a victim of terror. 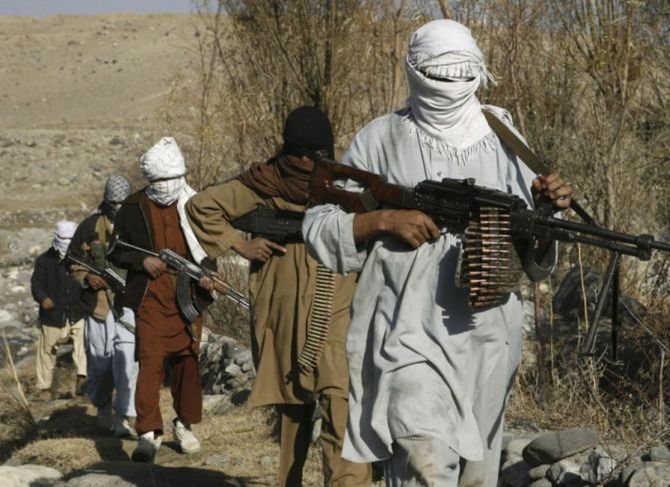 The Pakistan mission falsely claimed that its UN envoy Munir Akram gave a statement at a Security Council debate on Report of the Secretary General on Threats to International Peace and Security posed by Terrorism Actions.

However, the Security Council meeting on threats to international peace and security was not open to non-members of the Council.

A photograph of the meeting tweeted by the German mission to the UN showed only envoys of the 15 Security Council members participating in the meeting.

Pakistan is not a member of the Council.

On Akram's claim that Pakistan has decimated Al-Qaeda from the region, India said perhaps the Permanent Representative of Pakistan is “not aware that Osama bin Laden was hiding in their own country in plain sight, and it is the US forces which got him inside Pakistan. Nor have they heard their Prime Minister refer to Osama bin Laden as a martyr.”

Giving a strong rebuttal to Pakistan's lies, New Delhi termed Pakistan's claim that India has hired terrorists as mercenaries to hit them as “laughable”.

“Coming from a country which is a known sponsor of cross-border terrorism which has made the world suffer due to its actions, this claim is nothing short of being preposterous!”, India said.

India also said that Pakistan is home to the largest number of terrorists proscribed by the UN and many of the sanctioned terrorists and entities continue to operate with impunity inside Pakistan.

Prime Minister of Pakistan Imran Khan himself had admitted at the General Assembly last year about the presence of 40,000-50,000 terrorists inside Pakistan.

Laying bare another lie by Pakistan about Indian nationals in the 1267 Al Qaeda Sanctions List of the UN Security Council, India said the Sanctions List is “public and the world can see none of these individuals are in it.

The 1267 Committee works on the basis of evidence and not random accusations thrown in to divert their time and attention,” India said in response to a lie made by Pakistan that it has submitted names of some Indians to be proscribed under the Sanctions List.

In a strong response to Islamabad raking up the issue of Jammu and Kashmir in the remarks it falsely said Akram gave to the Council, India said Pakistan makes “ridiculous assertions” about internal affairs of India.

“This is a country whose minority population has dropped drastically from 1947 to what it is today, which is just about 3 per cent, which is nothing short of systemic cleansing. This is in addition to false allegations about India's sovereign actions in the Union Territory of Jammu and Kashmir, which are for the welfare of the people.”

Pakistan consistently rakes up the issue of Jammu and Kashmir and other internal matters of India at various UN fora in its bid to internationalise the issue but has repeatedly failed to get any support from the broader UN membership for its agenda.

Pakistani nationals remain at leadership levels in terror groups such as Al Qaida in the Indian Subcontinent, Islamic State in Iraq and the Levant - Khorasan as well as Tehrik-e Taliban Pakistan, the 26th report of the Analytical Support and Sanctions Monitoring Team concerning ISIL (Da'esh), Al-Qaida and associated individuals and entities has shown.

The report had also said that an estimated 6000-6500 Pakistani foreign terrorist fighters are in Afghanistan, most of them with Tehrik-e Taliban Pakistan, “posing a threat to both countries.”