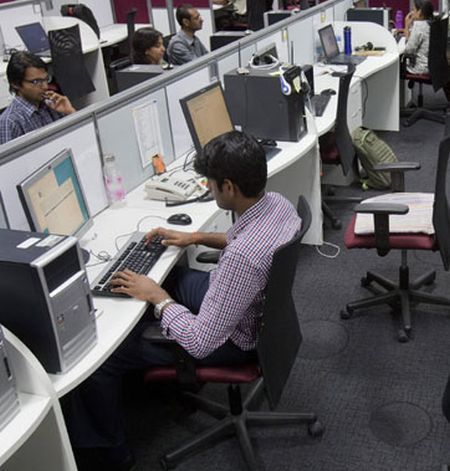 Four more call centres in Mumbai’s Mira Road area were raided and one person arrested, days after police swooped on three other call centres for allegedly conning American nationals by posing as US taxmen, police said on Sunday.

The crime branch officials raided the four call centres on Saturday and arrested one person, but his identity was not revealed as it may affect probe in the case.

While police could not nab the owners and employees as the call centres were found deserted, around 250 computers were seized out of which 100 had no hard disks. A police team has also gone to Gujarat to nab the kingpin of the racket, they said.

During the raids conducted last week at three call centres, 70 persons were arrested, and another 630 people booked under IPC sections 384 (extortion), 419 (cheating by impersonation), 420 (cheating) and under relevant sections of the IT Act and Indian Telegraph Act, police said.

The callers used to make calls to people in the US and speak to them in American accent by posing as officials of US Internal Revenue Service.

A senior police official had earlier said that though salary of the employees was in range of Rs 10,000-40,000 per month, some of them earned up to Rs 1 lakh per month.

The employees were fully trained in US accent and were given SOP and call sheet, based on which they used to make calls to the ‘tax defaulters’, he said.

They use to make at least 100 calls per day of which 10 to 15 calls would materialise and of these three to four people would make payment under threat by the conmen, he said.

If the caller earned $10,000--20,000 for the company by making the gullible US citizen pay, he would get a good incentive, police said.

Police said during interrogation of the arrested persons they have got some vital information which would help them in probing the case further.