The city has lost its favourite son, A P J Abdul Kalam. But Rediff.com's A Ganesh Nadar and Saisuresh Sivaswamy report that his legacy will live on forever. 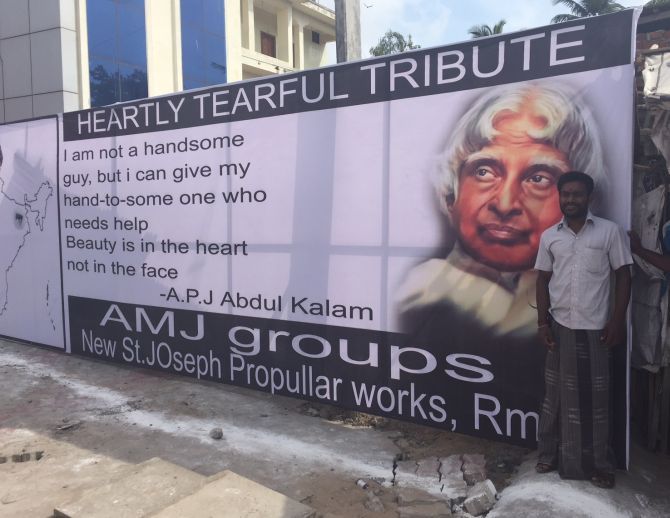 Rameswaram's main claim to fame is mixed with and a part of legend, flowing from the Ramayana, which says that Ram, the exiled king, performed a puja to Lord Siva in the form of a lingam here before crossing over to Lanka to rescue his wife Sita from the clutches of King Ravana.

Without giving any offence to the hordes of believers who descend on this temple town to pray at the Siva temple, the town's main attraction, it won't be remiss or far off the mark to say, for today and tomorrow, July 29 and 30, the town's cynosure is a man from very modest means born here who went on to occupy the highest office in the land and be honoured with the country's highest civilian honour.

Bharat Ratna A P J Abdul Kalam lives on in his own home town, in the form of hope and pride in its residents' eyes who line up in the blistering sun at the venue where his mortal remains are expected to reach hours later.

The 'Bharat Ratna' is commemorated in hoardings and signages across the town, in the road approaching Rameswaram; in fact, on the road just across the Kerala-Tamil Nadu border. Yes, half the wordage is typically Tamil OTT (I am a Tamilian who takes pride in my people's loud style), sample this: 'The Agni missile has reached the sky,' says one. But to be fair, most of the boards are poetic, sharing the agony, the trauma, of losing a respected elder.

That for today and Thursday the town will be known for Avul Pakir Jainalubdin Abdul Kalam is a fair assessment.

IMAGE: A poster paying homage to the People's President.

Rameswaram is choc-a-bloc with hotels to suit all budgets, and there is a run on them for now as the media and officialdom descends on them to cover the town's farewell to its most famous, and most favourite son.

Still, boards announcing various attractions the hotels have to offer are highly visible. One offers free running water; another a closeness to the Agni Tirtham (a hot spring). But the board announcing its wares outside the Hare Rama, Hare Krishna temple has something unique that others perhaps, will find it hard to match.

Among its various attractions is this: Priest on call. 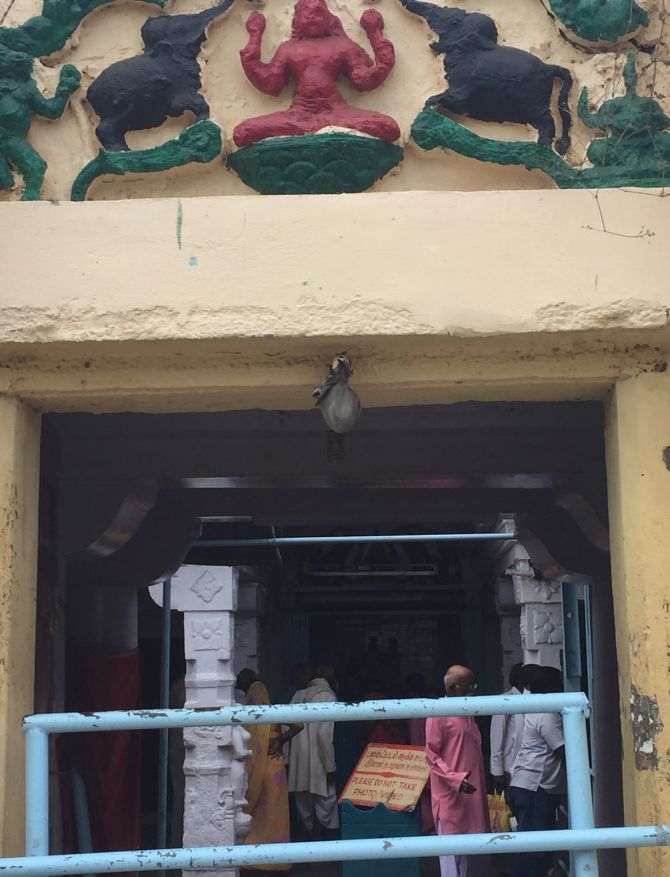 There is a separate debate going on about, which seems to have taken a backseat of late, over the authenticity of the Ram Setu, or the bridge the legends tell us King Ram built across the Palk Straits to Lanka.

For sceptics, one of the main points is how can rocks float on water?

Answering this question, perhaps, is the shrine of the Tulasi Baba Mutt that houses in its precincts the miraculous floating rock.

The mutt does not allow photograph or video to be taken of the rock, but there is a steady stream of devotees who throng to see it.

A regular says earlier the rock was openly kept in water and anyone could push it down and see it come up floating. Now, there is a wire covering it, and only the pujari who sits there can push into the water.

There is also a similar, dry rock kept outside the tank for one to inspect.

A board at hand says this was the rock that was used to build the Ram Setu, and that's how the bridge stayed afloat.

IMAGE: The Tulasi Baba mutt from the outside. On the right, devotees are praying at the floating rock.

A P J Abdul Kalam's body will kept in a huge maidan on the Mandapam-Rameswaram road, and bang opposite the venue is a popular hotel.

Given its splendid, and proximate, view of the venue, it must be a huge hit with the hordes of media-persons who have descended on the town.

As well as, naturally, security forces, since among the dignitaries expected to visit is Prime Minister Narendra Modi.

A visit to the hotel to check if any rooms were available, hours before President Kalam's mortal remains reached the venue, elicited a negative response. No sir, no rooms available.

The lobby, we could see, had a fair share of men in khaki as well as in mufti who believed they were merging into the background but whose physique gave them away.

Also spotted were two men in commando garb, hustling a bag, getting into the lift to go to the higher grounds.

From outside, we could not see a single window that was open. 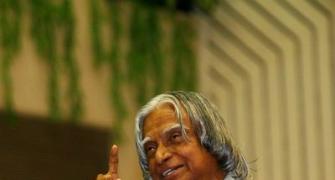 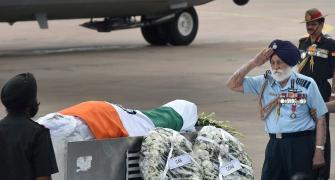 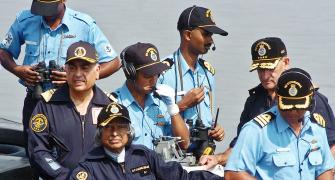 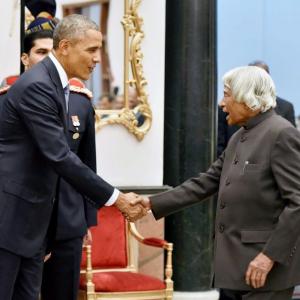 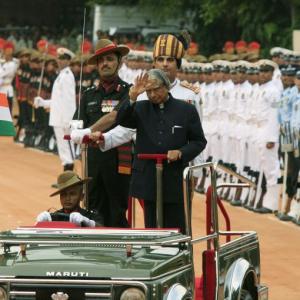