A 28-year-old woman from Maharashtra's Beed district, infamous for high incidence of female foeticide, has registered a case of harassment against her husband and in-laws after she was allegedly tortured for years and subsequently driven out of home for having a girl child, police said on Wednesday.

According to a complaint filed on September 1, by Parveen Shaikh, she was continuously harassed by her in-laws soon after her marriage to Matin Shaikh Sattar of Devdahiphal village in Dharur tehsil here in 2007.

"Post marriage, everything went well for a few months. Soon after, when I was pregnant, my mother-in-law asked me to undergo a sex-determination test and also forced me to abort my child, fearing that it would be a girl. When I did not pay heed to her demands, the mental suffering and torture began," Shaikh, who is a BSc-B.Ed graduate, told PTI.

She was not allowed to accompany her husband to Mumbai, where he works for a private company and was asked to stay back with her in-laws.

"My husband would come home in every three months and would demand for money from my parents.  All these years, they have given a cumulative sum of nearly Rs 10 lakh to my in-laws," she alleged.

In 2008, when I gave birth to a girl, the harassment increased and finally I was driven out of home on August 26 this year, said Shaikh, who is now living with her parents in Khas-bag area of Beed city.

"My parents tried to drill sense into my husband and his family but when everything went in vain and they refused accept me and my daughter, I went ahead filing a complaint with Dindrud police, to seek justice for my three-year-old daughter, she said. 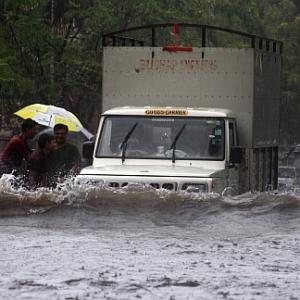 NIA lets off two detained in Beed after questioning