In a tweet, Sushma promises to expose Congress leader in Parliament 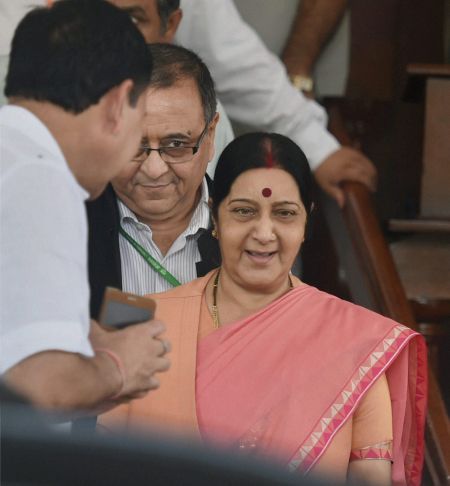 In remarks which can create controversy, External Affairs Minister Sushma Swaraj on Wednesday said a Congress leader had pressed her to give a diplomatic passport to coal scam accused Santosh Bagrodia.

However, the minister did not disclose the name of the Congress leader, saying she would do so in Parliament.

"A senior Congress leader was pressing me hard to give diplomatic passport to Coal Scam accused Santosh Bagrodia I will disclose name of the leader on the floor of the House," Swaraj tweeted.

Bagrodia, who is a former minister of state for coal, was summoned on Tuesday as an accused by a special court in the coal scam case pertaining to allocation of Maharashtra's Bander coal block to AMR Iron and Steel Pvt Ltd.

Swaraj is facing ire of the opposition led by the Congress which is demanding her resignation for helping controversial former Indian Premier League chief Lalit Modi get travel documents.

The Congress on Tuesday disrupted Rajya Sabha over the issue on the opening day of the monsoon session. It rejected the government offer of a statement by Swaraj and a debate, saying she must resign first. 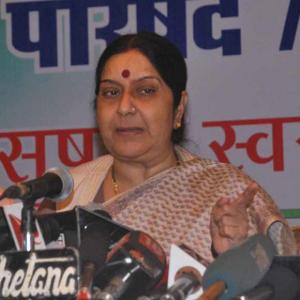