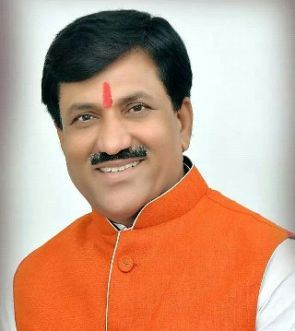 A day after Congress accused Maharashtra Water Supplies minister Babanrao Lonikar of holding a fake degree, the Aam Aadmi Party on Thursday dared the ruling Bharatiya Janata Party government in the state to arrest him and make him tour the institutes from where he allegedly got his educational qualification.

“I dare the state government to follow the same procedure as our minister (Jitendra Tomar) was put through in Delhi. Will this government arrest him (Lonikar) and make him tour the colleges and universities from where he has received his degrees?” asked Preeti Sharma Menon, national spokesperson of AAP.

“Lonikar’s fake degree is a proof of the double standards of BJP and (Narendra) Modi government, which is indulging in political vendetta,” she said.

Another AAP leader and its state executive member, Ravi Shrivastava took potshots at the BJP government and asked, “When our minister in Delhi Jitendra Singh Tomar can be arrested despite the fact that court is already hearing the case, then why Babanrao cannot be meted out with the same treatment?”

“There can not be two parameters while dealing with same nature of cases. This exposes the real face of the BJP,” he charged.

Congress spokesperson Sachin Sawant had produced copies of Lonikar’s affidavits on Wednesday and said, “Lonikar in his affidavits of 2004 and 2009 mentioned his qualification as FYBA from Yashwantrao Chavan Maharashtra Open University in 1991.

“However, in the 2014 election affidavit, he mentioned he has completed his education till Standard 5 from Zilla Parishad School at Loni (Khurd) in Partur Tehsil of Parbhani district in 1973,” he had said.

Sawant also displayed another document in which Lonikar’s education qualification is shown as ‘BA’.

“Chief Minister Devendra Fadnavis should take legal action against him. BJP should take the same stand in Maharashtra as in Delhi,” Sawant had demanded on Wednesday.

Lonikar, however, had maintained, “I tried to complete my education and according to the facility available with YCMOU, I got admission in first year of BA in 1991.

“Unfortunately, due to a busy political schedule, I could not pass the examination and hence mentioned Std V as my final qualification. If possible in future, I will complete my education,” he told reporters.