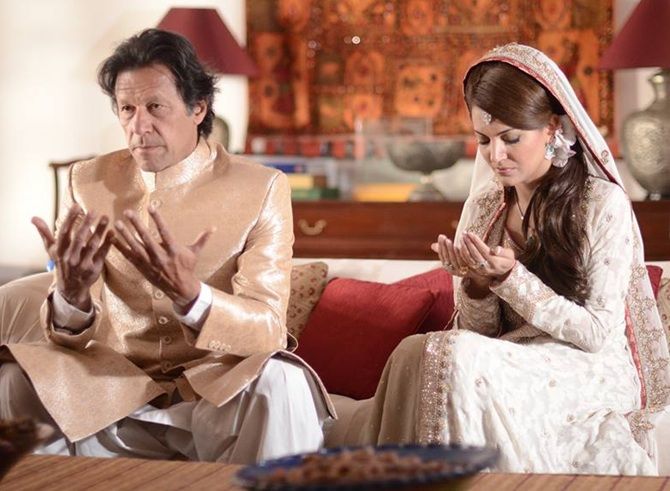 Nearly 10 months after Imran Khan tied the knot with Reham, the two have divorced with mutual consent amid reports that the cricketer-turned-politician did not approve of her meddling in political affairs.

Imran’s marriage to TV journalist Reham was his second after his first marriage with English heiress Jemima Goldsmith for nine years ended in divorce in June, 2004. Imran and Jemima have two sons from their marriage.

“Yes, I can confirm the divorce. Everything has been settled between the two,” he said.

“Imran and Rehman have requested that the media respect their privacy and avoid speculation,” Haq said.

He said that due to the sensitivity of the matter, the media should refrain from speculation and there would be no further comments on the issue.

Haq refused to give reasons for the divorce but according to Imran’s close associates he was not happy with Reham meddling in political affairs.

Imran’s divorce with Reham has not come as a surprise since rumours of troubles in their marriage had been doing the rounds for some time and they were reportedly living apart.

Sources aware of the development said the main issues between the two were Reham’s keenness to get involved in party matters and her disliking for Jemima who remains in touch with Imran because of their sons and takes keen interest in his political career and matters related to the Shaukat Khanum Cancer hospital.

A source said Reham wanted to get involved in politics and Imran was facing resistance on this front from his close aides in the party.

“The family of Imran, particularly his sister who is close to him were also never happy with the second marriage,” the source said.

It was also Reham’s second marriage. Reham once worked for BBC and also hosts a talk show on a local television.

Earlier in August this year, Imran had announced that Reham will not be playing an active role in party affairs, following “attacks” on his then wife in the aftermath of the party’s defeat in by-polls.

The PTI chairman and television journalist Reham Khan had tied the knot in a simple ceremony which took place in January this year at Imran’s Bani Gala residence.

The cricketer-turned-politician’s first marriage to Jemima had ended amicably in 2004 with she stating that she was unable to adapt to life in Pakistan.