Low pressure over south-central Maharashtra and south Konkan is likely to move over the Arabian Sea and intensify into a depression in the next 48 hours, the India meteorological department said on Thursday. 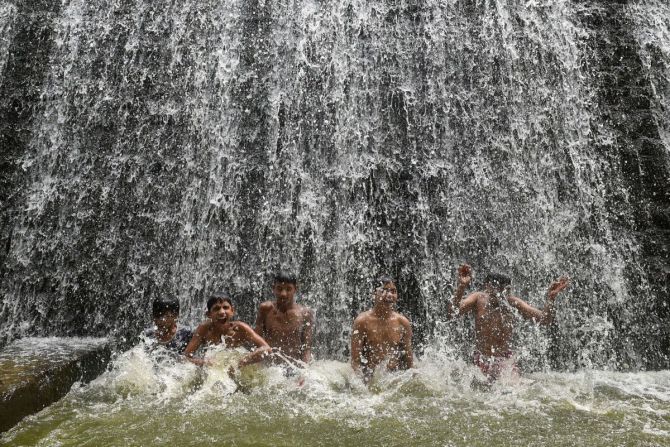 Under the influence of this cyclonic circulation, heavy rains are expected over the ghat areas of Maharashtra, Konkan and south Gujarat during the next two days, the IMD said.

Western Maharashtra and coastal districts have been receiving heavy rains since Wednesday resulting in damage to property and lives.

A deep depression that had developed over the Bay of Bengal battered Andhra Pradesh and Telangana earlier this week. Its intensity reduced to depression and low pressure area before moving over Maharashtra.

A low pressure area is the first stage of any cyclone. However, it is not necessary that every low pressure intensifies into a cyclone.

The IMD said strong wind speed reaching 20-30 kilometres per hour, gusting to 40 kmph, is very likely to prevail around the system's centre over central Maharashtra during next 12 hours and gradually decrease thereafter.

Strong winds with speed reaching 25-35 kmph, gusting to 45 kmph, are likely to prevail over east central and northeast Arabian Sea and along and off Maharashtra, Goa and south Gujarat coasts during next 12 hours.

It would increase, becoming squally with wind speed reaching 40-50 kmph and gusting to 60 kmph over east central and northeast Arabian Sea and along and off Maharashtra, Goa and south Gujarat coasts from the evening of October 15, the IMD said.

Fishermen have been advised not to venture into the sea as conditions will be "rough to very rough" over east-central and adjoining northeast Arabian Sea and along and off Maharashtra and Gujarat coasts from Wednesday evening till October 18, the IMD said.