Imam prays for Kasab in Kerala mosque; IB probe on 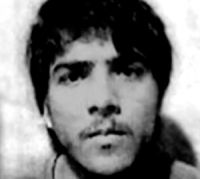 The Intelligence Bureau is probing a case involving a prayer meeting for Ajmal Kasab conducted by an imam at a mosque in Kerala, reports Vicky Nanjappa

The rising trend of fundamentalist elements strengthening their foothold in Kerala has been discussed time and again. The latest incident involves an Intelligence Bureau investigation into a prayer meeting held in the state for 26/11 Pakistani terrorist Ajmal Kasab, who was hanged on November 21 last.

Before getting into the details of the probe conducted by the state IB, here is what happened: an imam at a mosque in Trikkakara, Kerala, had offered prayers for Kasab two days after he had been hanged at the Yerwada jail in Pune.

The prayer was held for some dead persons and one of the names that figured in the list was that of Kasab. The managing committee of the mosque immediately removed the imam from his job once the probe into the incident began.

"A probe is on," said an Intelligence Bureau official from Kerala, "There were only a few persons in the mosque at the time this prayer was offered. It was obvious that the imam and some of the people did not want this to become an issue and hence they waited for many of the persons in the mosque to leave before they could offer prayers to Kasab."

What the IB tried to ascertain at first was whether this incident was in any ways connected to other incidents that had taken place in the past couple of years. When Osama bin Laden was killed there were posters mourning his death in the state. During the hate campaign that was launched leading to the Assam exodus there were some who were found to be part of it. "There are regular training camps outside some mosques in Kerala which have been found to be violent in nature," the IB officer said.

"Each of these incidents has been carried out by different individuals. Our probe does not reveal a dedicated outfit which is driving all these incidents. In this case it was the imam who chose to offer prayers suo motu and he was not guided by any group in particular. He was able to have at least 20 people in that mosque listening to what he had to say and, worse, support his cause," the officer added.

"The heat has been stepped up on individuals who are trying to spread the message of hate. There was absolutely no debate or discussion in the wake of Kasab's hanging. However, this imam chose to make it an issue and very subtly tried to convey the message through a prayer.

"However, during questioning the imam revealed that he had no such intention. Prayers were being offered to many persons who had died. He (Kasab) got his punishment and now that he has died a prayer was offered. There is nothing more to it, the imam said," the IB officer stated.

Meanwhile, the Kerala police have said that offering prayers for Kasab was an anti-national act as he had waged war against India.

"We would like to ensure that punishment is meted out. There is a need to act and also punish such persons so that it becomes a deterrent and society at large does not change as a result of such actions," a Kerala police official, who is part of the probe, informed.