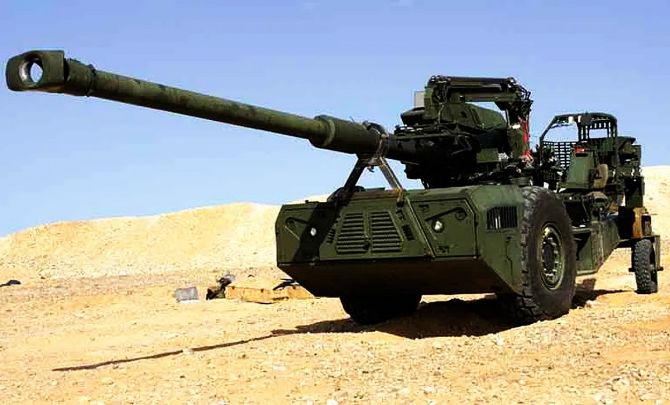 After quoting far cheaper than French gunmaker Nexter in a government tender to supply the Indian Army with 1,580 artillery guns, Israeli firm Elbit Systems has written to Defence Minister Rajnath Singh, sweetening its offer by promising to build 70 per cent of the weapon in India.

That is significantly higher indigenisation than the 50 per cent required for 'Make in India' projects.

The ministry of defence tender requires Elbit Systems to supply the first 400 of its ATHOS 155 mm, 52-calibre towed artillery guns in fully built or knocked-down condition, with no indigenisation requirements.

The remaining 1,180 guns, which the Ordnance Factory Board has to manufacture with transfer of technology from Elbit, must be at least 50 per cent made in India.

'We would like to confirm that Elbit Systems is committed to manufacture the ATHOS towed gun system in India, strictly and in full compliance of the 'Make in India' policy, with 70 per cent indigenisation (Indian value) within the contract of the first 400 towed guns,' it says.

For indigenising the first 400 Athos guns, Elbit has partnered the Pune-based Kalyani Group and its flagship, Bharat Forge.

Once production of the Indian Army's next 1,180 guns shifts to the OFB, Elbit and the Kalyani Group intend to continue building Athos guns together for the global market.

'We will take the required actions to brand the ATHOS as an Indian towed gun system, fully manufactured in India. Elbit is also committed to use its Global Supply Chains for export of the fully indigenous Athos gun, produced, assembled and tested in India to other countries around the globe,' states the letter, signed by Elbit's vice-president, Yehuda Vered.

In addition to full ToT to enable OFB to build 1,180 guns, Elbit writes it has taken 'very decisive, firm and committed steps' to partner Indian companies to indigenise the first 400 guns. In its response to the MoD's tender, Elbit System's Athos gun turned out to be priced a whopping 40 per cent cheaper than the Nexter gun.

At that price, the Athos is barely half the cost of the indigenously designed, developed and manufactured Advanced Towed Artillery Gun System (ATAGS), which is estimated to be priced at close to Rs 20 crore (Rs 200 million) per piece.

Perhaps for this reason, the defence ministry has kept the door open for importing the Athos while the Defence R&D Organisation continues with trials of the ATAGS, which it is developing in public-private partnership with Bharat Forge and the Tata Group.

Buying 155 mm artillery for the army has proved extremely difficult since the controversial Bofors FH77B procurement in the late 1980s.

Since these heavy guns proved to be a battle-winning weapon in the 1999 Kargil War, successive governments have tried in vain to conclude a contract for buying more.

However, the reverberations of the Bofors scandal ensured that successive procurement attempts came to nought.

A breakthrough came only in March 2019, after three years of exhaustive trials, when Elbit's Athos gun was declared the 'preferred supplier/vendor' -- the defence ministry's terminology for the lowest qualified bidder. However, a contract is still to be concluded.

Defence ministry sources say there is concern within the defence establishment that the low cost of the Athos might render the procurement of the indigenous ATAGS problematic later. Both of them are 155 mm, 52-calibre towed artillery guns but Athos' cost is far lower.

There are also lower calibre guns under procurement, including the 155 mm, 39-calibre ultralight howitzer, of which 145 pieces are being procured from BAE Systems Inc.

Besides that, the OFB is building 140 pieces of the Dhanush 155 mm, 45-calibre gun, which it has developed from the blueprints of the Bofors FH77B howitzer. 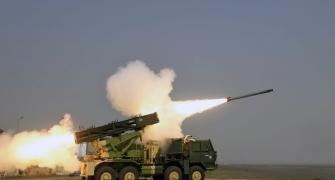 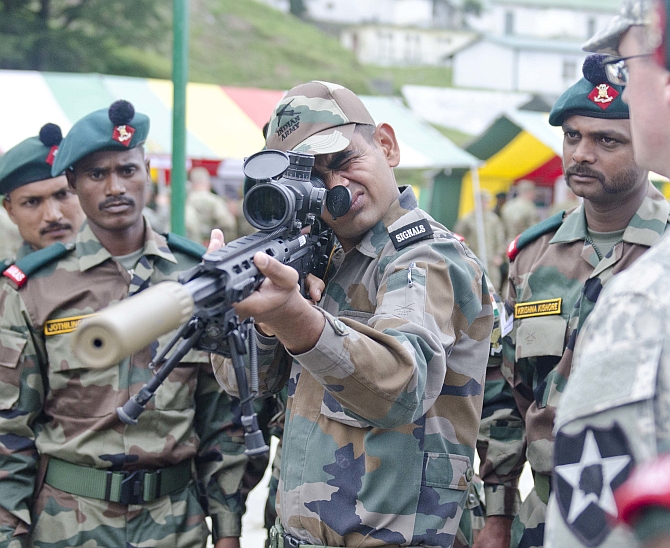 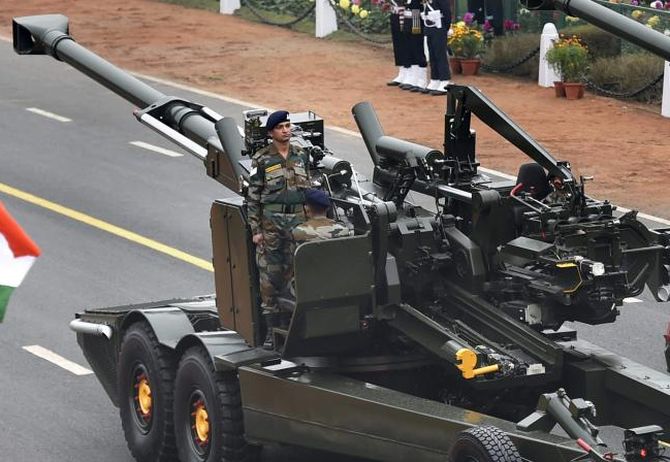