Irked by Panetta remarks, Kayani turns down meet with US envoy

Source: PTI
June 11, 2012 12:30 IST
Pakistan army chief Gen Ashfaq Parvez Kayani's office turned down a request for a meeting by visiting US Deputy Assistant Secretary of Defence Peter Lavoy, reflecting the strains that have hit ties between the two countries since last year.

A meeting was requested by the Americans but the General Headquarters declined it, unnamed Pakistani officials were quoted as saying by The News daily today.

The officials said they were not aware if Lavoy was given any reasons for the decision. US officials in Washington too confirmed the development, the daily reported.

One unnamed Pakistani official indicated the request was turned down because of allegations by US officials that Pakistan was not doing enough to rein in militants operating along the border with Afghanistan.

"There are several reasons for turning down (a meeting with) Lavoy. It is to tell the Americans that you cannot be bad-mouthing us day in and day out and then expect a meeting with Pakistan's most powerful personality," the official said.

"You cannot trash our sovereignty, threaten us, announce intensified drone attacks, kill our soldiers, refuse to apologise when you do the same in Kabul, hold back our money (from the Coalition Support Fund), threaten to cut off all aid and then pretend that it is business as usual," the official added.

Pakistan has been angered by remarks made by US Defence Secretary Leon Panetta during a recent visit to India and Afghanistan. Panetta said the US had no plans to stop drone strikes despite protests from Pakistan. He further said the US was running out of patience with Pakistan for failing to act against militant safe havens in the tribal belt bordering Afghanistan.

Officials involved in working out a "package deal" with the US told The News that there were clear instructions from the Pakistan government that a US apology for a deadly North Atlantic Treaty Organisation air strike that killed 24 Pakistani soldiers in November last year was more important than the fees to be paid for NATO containers going to Afghanistan.

"We would be willing to forgo charges in return for assurances on our sovereignty and offer of an apology. It means more than the money, we are more concerned about our dignity and honour. If we get assurances that our sovereignty will not be violated and our dignity will be respected, we will not bother about the money part. Price of containers is not an important issue," an official was quoted as saying.

The official said Lavoy had been told that, without an apology, it would not be possible to move forward on reopening the NATO supply lines to Afghanistan.

"One cannot predict the outcome of our discussions. The process remains unpredictable. The apology remains the key to preserve our dignity. In the absence of the same, it has been difficult to move forward," the official said.

Pakistan closed the supply lines after the NATO air strike in November. Since then, Islamabad and Washington have been engaged in negotiations to settle their differences.

Pakistani leaders, including Foreign Minister Hina Rabbani Khar, have said that an apology for the NATO air strike is a pre-requisite for reopening the supply lines.

Efforts are now underway to ensure that an "acceptable apology is delivered one way or the other to Pakistan", The News reported.

"There appears to be a slim chance that an acceptable apology will surface. Neither side is ready to accept the language the interlocutors are working on, and time is running out. The General Headquarters has to understand that a ready apology was pushed aside and now too many issues have overtaken the apology," an unnamed diplomat was quoted as saying.

The powerful security establishment has sent a message to Lavoy that a "package deal" would not be possible without an apology.

Source: PTI© Copyright 2021 PTI. All rights reserved. Republication or redistribution of PTI content, including by framing or similar means, is expressly prohibited without the prior written consent.
Related News: North Atlantic Treaty Organisation, Peter Lavoy, US Defence, Pakistan, Leon Panetta
SHARE THIS STORY
Print this article
'Americans blame Pakistan for their own failures' 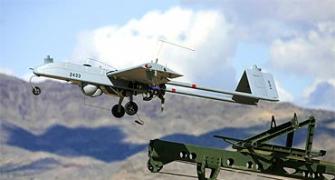 Is the US' killing-by-drone campaign useful?
Can bridge the gap between Pak and US: Bilawal 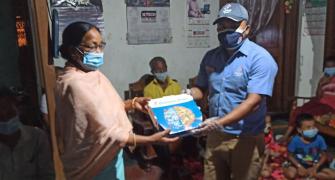 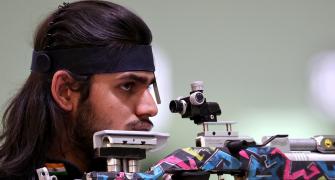 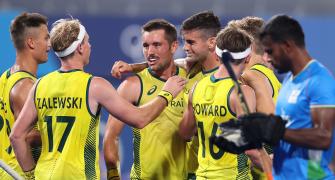 We have reached our 'limit of patience' with Pak: US