News
Business
Movies
Sports
Cricket
Get Ahead
Money Tips
Shopping
Sign in  |  Create a Rediffmail account
Rediff.com  » News » If US can kill Osama in Pakistan, why can't India: Jaitley 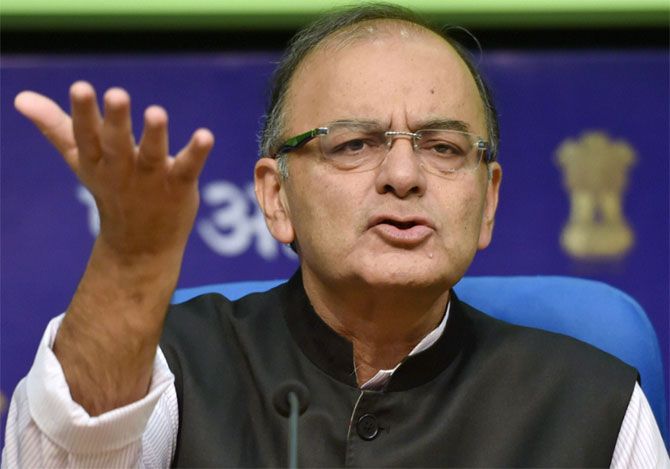 Union Minister Arun Jaitley on Wednesday referred to the 2011 United States operation in Pakistan to eliminate Osama bin Laden and suggested India can also do it.

"If the United States Navy Sea, Air, and Land Teams (SEALs) can kill Osama bin Laden in Pakistan's Abbottabad then why can't India," said Arun Jaitley in New Delhi in a press conference.

Jaitely's statement comes amidst the escalating tension between Indian and Pakistan.

A day after Indian air strike on a terror camp in Pakistan, Jammu and Kashmir saw heightened military activity on Wednesday, with Pakistani jets violating the Indian air space and dropping some bombs in Rajouri sector after which one of their fighters was shot down.

He also lauded Union minister Nitin Gadkari and said, "We used to see rivers as a way to generate market and tourism but Gadkari has proved me wrong."

Against the backdrop of anger in India over the Pulwama terror attack, the Centre decided that water of three rivers flowing into Pakistan, over which India has full rights under the Indus Water Treaty, will be diverted to Yamuna River.

The bilateral Treaty, signed in 1960, governs the rights of India and Pakistan on three of the six common rivers, respectively.