If Agniveers don't get pension, why should MPs and MLAs: Varun Gandhi

In his fresh criticism of the Centre's 'Agnipath' scheme, Bharatiya Janata Party MP Varun Gandhi Friday said if those recruited in the armed forces under this initiative are not eligible for a pension, then why should public representatives get this post-retirement benefit. 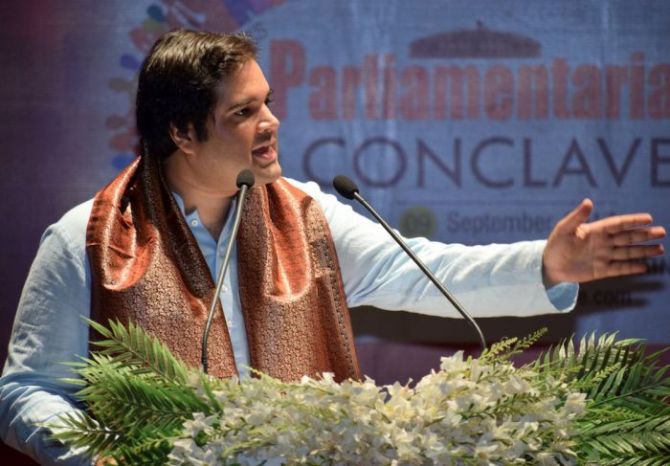 Gandhi has been questioning the 'Agnipath' scheme since it was unveiled on June 14 by the Centre.

The scheme envisages recruiting young soldiers on a contractual basis for four years and retire 75 per cent of them without pension and health benefits.

"If Agniveers who serve for a short period of time are not entitled to a pension, then why this 'facility' should be for public representatives? If those who protect the country do not have the right to pension then I am also ready to forego mine," he said in a tweet in Hindi.

"Can we, the MLA/sMPs, give up our pension to ensure that Agniveers get a pension," he said.

Earlier, he had extended support to students protesting against the Agnipath defence recruitment scheme, but had urged them to follow the path of non-violence.