Tamil Nadu Police's idol wing on Friday gave an undertaking to the Madras high court that it would not arrest TVS Motor Company's Chairman Venu Srinivasan, for a period of six weeks in connection with an idol theft case. 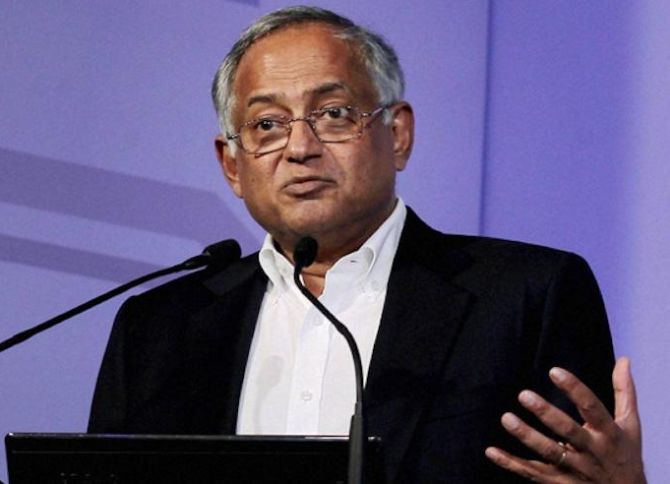 The matter came up for hearing before a Division Bench, comprising Justices R Mahadevan and P D Audikesavulu, constituted to hear cases regarding idol theft.

Before senior counsel B Kumar was about to start his arguments on behalf of Srinivasan, personnel of the idol wing's special investigation team, who were in the court, gave the undertaking.

After recording the undertaking, the bench posted the matter for hearing after six weeks.

Srinivasan had moved the court on Thursday seeking anticipatory bail in connection with an idol theft case.

In his bail application, Srinivasan cited a writ plea filed by advocate 'Elephant' G Rajendran which refers to the FIR against him.

The TVS Motor chairman said he too understood that an FIR was registered by the Mylapore police and it was later transferred to the CB-CID Idol Wing.

The FIR against the industrialist alleges that he replaced an antique peacock idol with a new one at the Sri Kapaleeswarar temple here and it was registered following a complaint from a devotee, Rangarajan Narasimhan, Rajendran told PTI.

Asserting that he was innocent, Srinivasan submitted before the court that he had spent around Rs 70 lakh in 2004 from his personal fund for painting and flooring work at Sri Kapaleeswarar temple.

Though he was appointed a member of the government-constituted Temple Renovation Committee that year, officials of the Hindu Religious and Charitable Endowments Department oversaw the renovation work, he said.

Srinivasan claimed that beyond this, he has no other connection with the temple except that he is also a devotee of Lord Kapaleeswarar (Shiva).

He claimed that as the chairman of the board of trustees of Ranganathaswamy Temple at Tiruchirappalli, he spent nearly Rs 25 crore for its renovation in 2015.

A trust funded by him and his company had undertaken renovation work of over 100 temples in Tamil Nadu, Karnataka and Kerala, Srinivasan submitted.

In view of the serious allegations and the FIR against him, Srinivasan said he sought anticipatory bail.