Fourteen private hospitals in Delhi have run out of ICU beds for COVID-19 patients amid a resurgence in daily cases in the national capital, government data showed on Tuesday. Of the 787 ICU beds with ventilators in government-run and private hospitals, 278 were already occupied by 6 pm on Tuesday, according to the city government's "Delhi Corona" application.

Shree Agarsain International Hospital (15 ICU beds) and Jaipur Golden Hospital (6) in Rohini, and Max SS Hospital (5) and Fortis Hospital (5) in Shalimar Bagh are among the private hospitals where not a single ICU bed with ventilator is vacant.

All ICU beds with ventilators were also full in Venkateshwar Hospital in Dwarka, Indian Spinal Injury Centre in Vasant Kunj and Maharaja Agrasen Hospital in Punjabi Bagh by 6 PM.

According to the Health Bulletin issued on Tuesday, 1,584 of the total 5,784 hospital beds reserved for COVID-19 patients in Delhi are occupied.

"All ICU beds in a few private hospitals are occupied. The number will be increased soon," he told reporters.

Delhi reported 992 fresh COVID-19 cases on Tuesday with a positivity rate of 2.70 per cent, while four more persons succumbed to the pathogen, the Health Department said.

Officials said the low number of cases can be attributed to fewer tests conducted on Monday on account of Holi.

The city had recorded 1,904 cases on Monday, the highest in around three-and-a-half months.

The number of daily cases had started to come down in February. On February 26, the month's highest daily count of 256 cases was recorded.

However, daily cases started rising again in March and have been steadily increasing over the past few days.

Last week, Jain had ruled out the possibility of another lockdown being imposed in Delhi, saying it was not a solution to check the spread of coronavirus.

Health experts and doctors have attributed this "sudden rise" in cases to people turning complacent, not following COVID-appropriate behaviour and "assuming all is well now".

The next two-three months could be challenging, they said, adding that the situation can be kept under control if vaccination is opened up for more people and COVID-19 protocols are strictly adhered to. 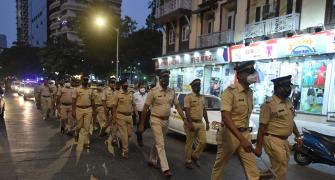 Sputnik V vaccine may soon be added to India's armoury 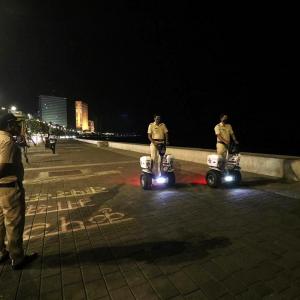