Source: PTI
Last updated on: December 28, 2009 15:43 IST
Pooja Kataria still has vivid memories of her birthday in 1999 when she had cut an apple on board the ill-fated IC-814 with hijackers singing for her.

With her well wishers making calls to wish her on Sunday, Pooja, now 33, recalls that she had made an innocent request to hijacker "burger" alias Sunny Ahmed Qazi to release her along with her husband Rakesh. "The memories refuse to fade away. December 27, 1999 was actually my new birth. The hijacker turned down my request with a smile and instead offered me an apple and a knife," Pooja said over the phone from her Chandigarh residence.

The hijacker also gifted her a Kashmiri Pashmina shawl with his "best wishes and his autograph on it". Her marriage with Rakesh Kataria took place despite family opposition after which she proceeded to Goa for her honeymoon. Pooja now a mother of two -- son Ajeez and daughter Pihu -- came back to the national capital after the trip and the newly wedded couple soon set out for Kathmandu without telling their parents.

She said their parents did not know about their presence on the flight for two-three days.But the flight IC-814 they took from Kathmandu was hijacked by a group of terrorists who took it to Kandahar in Afghanistan.The passengers were freed after government agreed to meet the demands of hijackers and released three dreaded terrorists in exchange. "I thought that we will live, till on December 30 they (hijackers) announced that the talks were failing and they will have to shoot everyone," Pooja said.

The impact of this incident is too much for her with memories of the ordeal still haunting her, whenever food is served on the flight even today. The images of masked terrorists are still etched in the mind of Pooja, who is scared to see people wearing monkey caps and does not allow her children to wear it. "I never allow my children to wear monkey caps no matter how cold the weather is," she said. 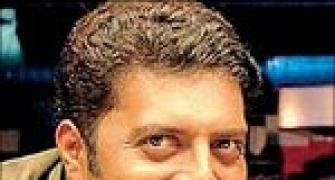 Hijacked IC 814 to be relived in Tamil cinema 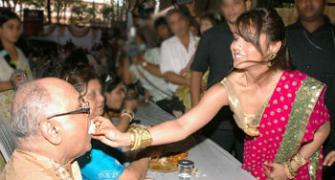 Would our leaders have done what Bill Clinton did?