A woman fighter pilot of the Indian Air Force will soon join the newly-inducted Rafale fighter fleet as one of its crew flying the multi-role air dominance aircraft, official sources said on Monday. 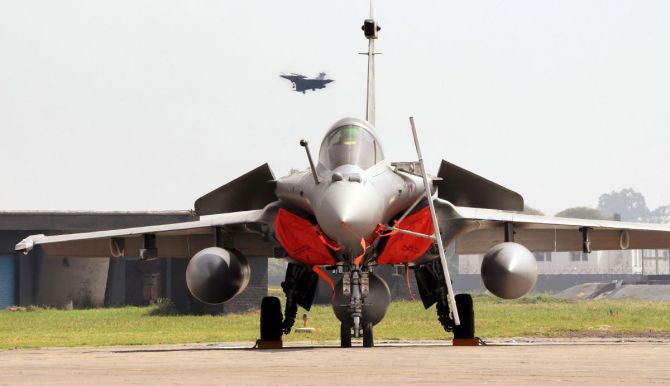 The woman pilot has been flying MiG-21 fighters and was selected to join the Ambala-based Golden Arrows squadron operating the Rafale jets, they said without divulging her name.

"She was chosen to fly Rafale jets following a stringent selection process. She is undergoing training now," said a source.

The Rafale fleet is currently undertaking sorties in Ladakh where Indian and Chinese troops are locked in a four-and-half-month-long bitter border row.

"Rafale is the most potent aircraft and having a woman pilot among its select crew is very significant," said a senior military official on the condition of anonymity.

The other two women pilots were Bhawana Kanth and Mohana Singh.

At present, the IAF has 10 women fighter pilots and 18 women navigators. The total strength of women officers serving in the IAF is 1,875.

Last week, Minister of State for Defence Shripad Naik told Parliament that women fighter pilots are inducted and deployed in IAF as per strategic needs and operational requirements.

Five French-made multirole Rafale fighter jets were inducted into the Golden Arrows squadron of the IAF in a ceremony at the Ambala air force base on September 10.

Addressing the ceremony, Defence Minister Rajnath Singh said the induction of the fleet was crucial considering the atmosphere being created along the frontier and that it is a 'big and stern' message to those eyeing India's sovereignty.

The Golden Arrows squadron of the IAF was resurrected on September 10 last year.

The squadron was originally raised at Air Force Station, Ambala on October 1, 1951.

The squadron has many firsts to its credit; in 1955 it was equipped with the first jet fighter, the legendary De Havilland Vampire.

10 Rafale jets have been delivered to India so far and five of them stayed back in France for imparting training to IAF pilots.

The second batch of four to five Rafale jets is likely to arrive in India by November.

The Rafale jets, known for air-superiority and precision strikes, are India's first major acquisition of fighter planes in 23 years after the Sukhoi jets were imported from Russia. 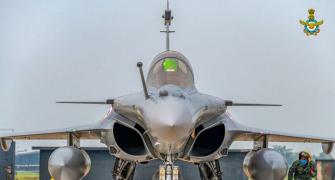 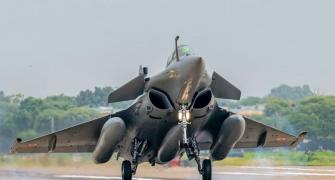 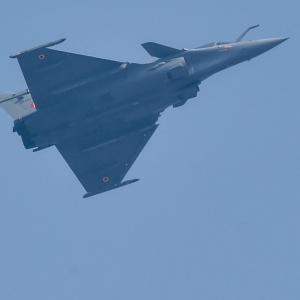