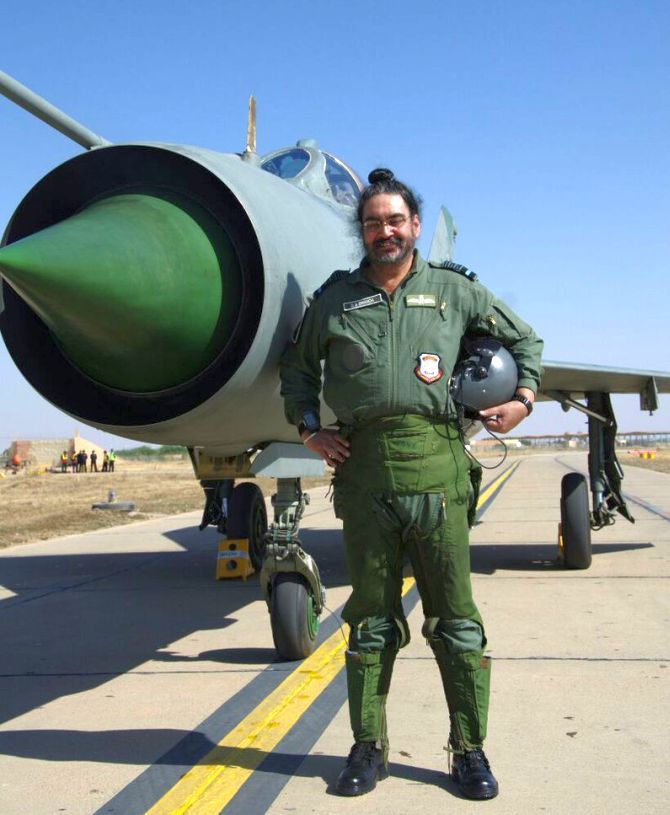 The operational preparedness of the Indian Air Force to take on any contingency was displayed in the recent 'Gaganshakti' exercise, Chief of Air Staff B S Dhanoa said on Saturday.

"The operational preparedness of the IAF to take on any kind of contingency was amply displayed in the recently concluded exercise Gaganshakti. The gamut and expanse of this exercise was pan-India which saw engagement of almost all the assets of the Air Force," he said.

The gigantic exercise involved operations on northern, western and eastern fronts of the country, Air Chief Marshal Dhanoa said in his address at the Combined Graduation Parade held at Air Force Academy, Dundigul, on the outskirts of Hyderabad.

"This exercise successfully validated the IAF's operational preparedness to cater to any eventuality," he said.

The IAF has undergone rapid modernisation in recent times to cater to various requirements of the country, he said.

"Our country presently may not be fighting a war in the traditional sense, yet we have to remain in a heightened state of preparedness, be it terrorist attacks, the cyber security threats, insurgency, natural disasters or any other duty that the Union of India might find it fit to assign to us," he said.

To cater to these requirements and to keep up with the times, Indian Air Force has undergone rapid modernisation in recent times, he added.

The IAF has continued to evolve over the years, playing significant roles not only in strengthening the defence of our nation, but also carving a niche for itself among the best air forces in the world, he said.

On the occasion of the Combined Graduation Parade, a total of 113 Flight Cadets, including 13 women trainees, were commissioned as flying officers at the Air Force Academy.

Shanbough, who hails from Chikmagalur district in Karnataka, said it is a great feeling for her to be a fighter pilot.

"The feeling is amazing. It is a moment of pride for my parents and me," she said.

She said young men or women should have a dream and should work hard to achieve the goal.

Meanwhile, before the parade began, a member of the sky diving team fell off after landing on the ground.

He was taken away in an ambulance.

Sky diving was performed before the parade started.